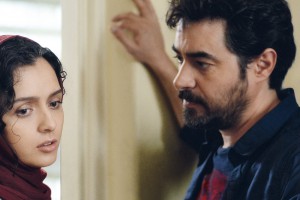 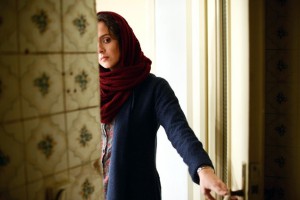 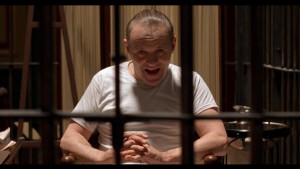 An accomplished, effective, grisly, and exceptionally sick slasher film (1991) that I can’t with any conscience recommend, because the purposes to which it places its considerable ingenuity are ultimately rather foul. Like Thomas Harris’s novel, which screenwriter Ted Tally adapts here, Jonathan Demme’s film proposes that the psychotic serial killer is the essential religious figure of our time: saint, guru, seer, and soothsayer rolled into one. In fact, this characterization applies literally to only one of the two serial killers here, a psychiatrist (Anthony Hopkins) who cannibalizes his victims and is now held in maximum security. The heroine (Jodie Foster), an FBI trainee, appeals to him for insight in tracking down another mad killer (Ted Levine), who flays his victims (and is a transvestite to boot, allowing Demme to cash in on the homophobia market). In the course of parceling out his wisdom, the psychiatrist also analyzes the trainee, becoming an even more commanding father figure to her than the boss (Scott Glenn) who sends her on this mission.… Read more »

We already know from his imaginary conversations with his very own “Orson” in The Eyes of Orson Welles (2019) that the presumptions of Mark Cousins respect no natural boundaries apart from those of his own hubris. So he doesn’t even need to credit himself as the writer of the 14-hour marathon Women Make Film: A New Road Movie Through Cinema(2018)—available on four Region B Blu-rays from the BFI containing ten chapters apiece—even when his text is being dutifully delivered by Tilda Swinton (as in the first chapters), or Jane Fonda, or another high-profile woman, because he knows that his credit as director and his characteristically friendly stream-of-condescension have already registered his fingerprints on every frame—which is literally true, insofar as his series’ widescreen aspect ratio reconfigures the compositions and frames of many of the films he claims to be celebrating. (Though I have to admit that Julia Solntseva’s The Golden Gates (1971), a tribute to the director’s late husband Alexander Dovzhenko, reconfigures the aspect ratios of Dovzhenko’s masterpieces no less ruthlessly and systematically than Cousins does with other filmmakers.) Meanwhile, the patter he assigns to Swinton et al defines the significance, meaning, and value of every clip before we can begin to respond to it on our own—indeed, it precludes any sort of response from us apart from passive assent before we move on to the next clip. (Cousins… Read more »

Published under a pseudonym in the August 1985 issue of High Times. As I recall now, the main reason for the pseudonym was my unhappiness with the editor’s thoughtless editing; I’ve tried to repair a little of the damage here, and also added a few details.

I can happily report that Stapledon’s work has garnered a lot more attention since 1985, including a book-length study by Leslie Fiedler, and all the fiction discussed here is currently in print (or was when I last posted this), which wasn’t true back then. (Dover has excellent editions pairing Last and First Men with Star Maker and Odd John with Sirius, and An Olaf Stapledon Reader, edited by Robert Crossley, which Syracuse University Press published in 1997, includes all of The Flames and samplings from the others.) Although I don’t have much to say here about Odd John, this novel may actually serve as the best single introduction to Stapledon’s work. Although having just seen the late Jóhann Jóhannsson’s original and powerful experimental feature [see still below] loosely based on Last and First Men, released earlier this year [2020], I wonder if that might also serve the same function. 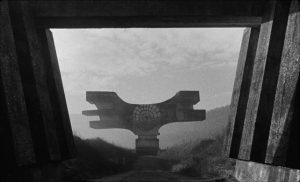 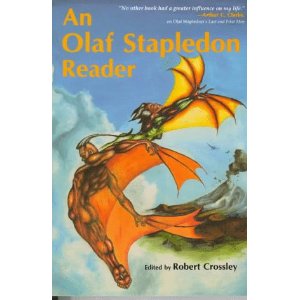 One anecdotal epilogue to Jorge Luis Borges’s interest in Star Maker, cited at the end of this piece:  I was lucky enough to attend a public discussion with Borges at the University of California, Santa Barbara shortly before his death, and asked him at the time to comment on this book.… Read more »

Print the Legend: Media Manipulation in American Films: Try & Get Me, Ace in the Hole, Sweet Smell of Success

The following was written to accompany a film series put together by Ehsan Khoshbakht, Imogen Sara Smith, and myself for a tour in Turkey in late 2018 sponsored by the American Embassy. I don’t know if it was used in this form.  — J.R.

“Fake news”, the term paradoxically used by Donald Trump for journalism that exposes his own lies and corruption, evokes what George Orwell called New-speak in 1984, whose slogans included “war is peace” and “ignorance is strength”. Trump’s cleverness as a media manipulator consists of appropriating the very term that describes his own practice while reversing its meaning so that his opponents — including the people who put together this film program about “fake news,” my colleagues and myself — can no longer use it without speaking on Trump’s behalf. This is surely manipulation with a vengeance, where control over both language and presence becomes another form of class inequality. So when TV executives remark that Trump is bad for America but good for television, they’re only suggesting that these two latter entities have separate agendas and even separate owners, neither of which happens to be the American public.