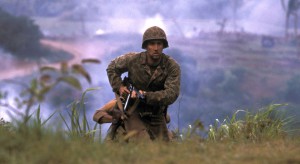 I haven’t been much of a John Woo fan, and war films aren’t my cup of tea, but this World War II epic made me reconsider both biases. The masterful storytelling, which doesn’t seem overextended even at 134 minutes, focuses on the unlikely friendship between a shell-shocked marine (Nicolas Cage) returning to combat in time for the battle of Saipan in 1944 and the Navajo Indian he’s assigned to guard (Adam Beach of Smoke Signals), who’s been trained to transmit messages in a code based on his native language. The material yields a powerful story more realistic in premise and treatment than Woo’s usual fare (the depiction of American wartime racism is especially sharp), yet it’s clearly a personal project that gratifies his penchant for both male bonding and dramatic action sequences. Despite some of the sentimentality that is also Woo’s stock-in-trade, I was moved and absorbed throughout. Written by John Rice and Joe Batteer; with Peter Stormare, Noah Emmerich, Mark Ruffalo, Martin Henderson, Roger Willie, Brian Van Holt, Frances O’Connor, and Christian Slater. Century 12 and CineArts 6, City North 14, Crown Village 18, Esquire, Ford City, Gardens 7-13, Golf Glen, Lake, Lincoln Village, Norridge, Three Penny, Village North. 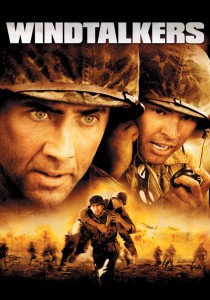