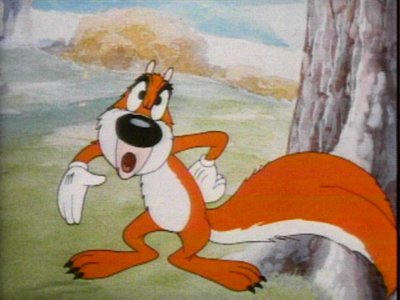 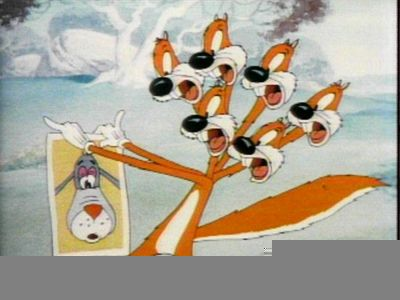 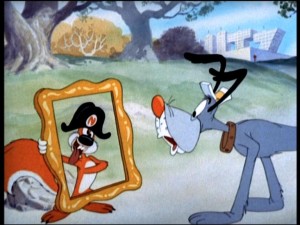 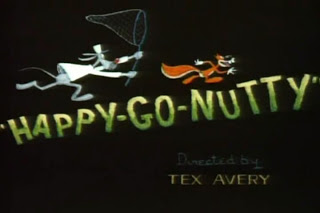 Breaking out of the confines of Moron Manor and deliberately rousing Meathead the watchdog, Screwy Squirrel flees from him through a series of violent adventures Running past the cartoon’s end title, the antagonists return to discuss other possible endings until Meathead goes mad himself, bursts through the end title, and runs away; Screwy praises this ending for its silliness. A little less impired than Screwball Squirrel, its immediate predecessor, Happy-Go-Nutty nevertheless registers as a kind of ode to dementia, particularly of the gibbering and Napoleonic-complex variety. After beglnning with its hero in a loony bin (“Through these portals pass the screwiest squirrels in the world”), it proceeds spiritedly through some familiar gags (a bomb momentarily turning Meathead into a pickaninnv), some more inventive surreal ones (Meathead goes over a cliff. only to be handed a newspaper by Screwy when he lands, with the headline “SUCKER!!” over a photograph of Meathead going over a cliff), and odd throwaway details (a trashcan labeled “for extra squirrels”). If it fails to scale the summits of imagination displayed by Avery’s team at MGM, it does allow everyone involved more scope for their talents than most cartoons. 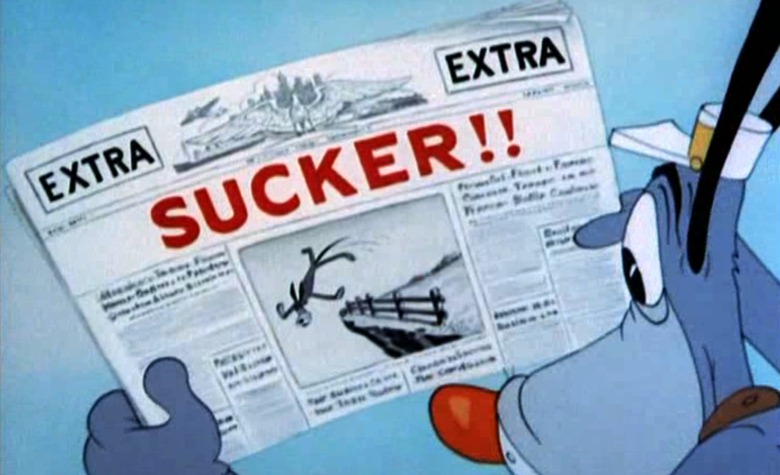