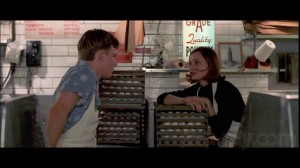 Small, quiet virtues are rare enough in American movies these days, but to find them in a bittersweet autobiographical script by none other than Joe Eszterhas — about growing up as a green Hungarian immigrant in early 60s Cleveland — is a genuine shock. Yet I have to admit that earlier Eszterhas-scripted movies such as Basic Instinct and Showgirls, for all their grotesqueries, have gradually become guilty pleasures of mine; there’s something touching about his honest primitivism. When the grotesquerie’s removed — as it has been under the thoughtful direction of Guy Ferland (whose only previous feature is The Babysitter) — what emerges is solid and affecting. Brad Renfro plays a shy, 17-year-old compulsive liar who goes to work for a master, a payola-happy rock DJ (Kevin Bacon in his prime) named Billy Magic. What the kid winds up discovering — like the hard discoveries in Elia Kazan’s America, America — is more nuanced than you might think. The period detail is mostly perfect and the casting of certain minor parts (such as Luke Wilson as an egg-market manager) sublime, and the purity of feeling recalls exercises in nostalgia on the order of The Last Picture Show. Everyone here gives a good performance; as the hero’s father Maximilian Schell plays beautifully against the expected stereotype, and Calista Flockhart is equally impressive as the coworker the boy has a crush on. I don’t know if I could call this movie profound, but most of it feels true, and I’ve loved every minute of it all three times I’ve seen it. Fine Arts. 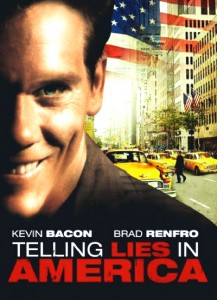