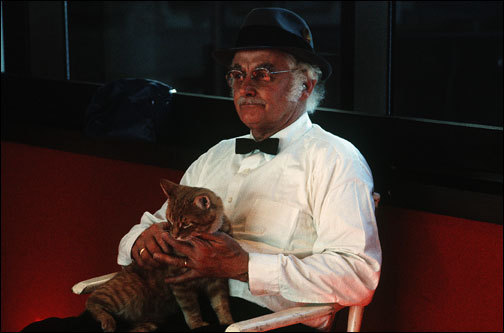 Harry Coombs, an elderly widower who lives with his cat Tonto, is evicted from his West Side Manhattan apartment when the building is slated for demolition. After spending some time in the suburban home of his son Burt, where he tends To sympathize with the vow of silence taken by his grandson Norman over the objections of the latter’s parents and more conventional brother, he decides to visit his daughter Shirley in Chicago. Quarrelling with security officials at the airport about his carrying case for Tonto, he decides to go to Chicago by bus, but leaves the vehicle en route when Tonto refuses to relieve himself in the bus toilet. He buys a used car and picks up Ginger, a runaway- teenager, who decides to accompany him and persuades him to look up an old flame, Jessie, in Fort Wayne, Indiana, where she is residing in an old folks, home. In Chicago he re-encounters Norman, dispatched by Burt to bring him back to New York; but after a short stay with Shirley, he decides to drive West with Norman and Ginger. He leaves the car with the youngsters in Arizona so that he can drive to a commune, and hitch-hikes from there to California — encountering on the way a health food salesman named Wade, a prostitute offering free fornication, and an Indian named Sam Two Feathers with whom he shares a jail cell after urinating on a sidewalk plant in Las Vegas. In Hollywood he meets his son Eddie, who begins by inviting Harry to share his luxurious flat and ends up asking for a loan. Harry decides to take a flat of his own in Santa Monica, where Tonto dies of old age (at eleven), and Harry contemplates moving in with a solitary woman who shares his affection for cats. 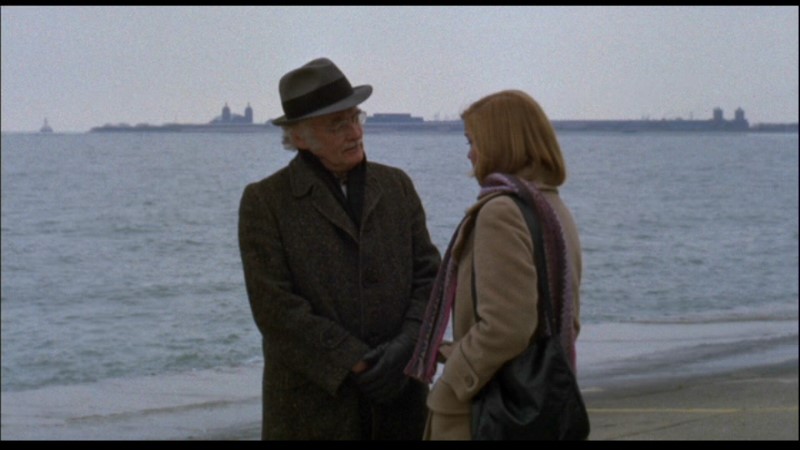 At roughly the midway point on Harry Coombs’ endlessly formless odyssey from sagacity to complacency, he takes a short lakeside walk with his daughter Shirley in Chicago, and for once the combined reticence of actors and script contrives to suggest a sense of complex lives briefly glimpsed on the run. Alas, for most of the rest of the journey, Paul Mazursky’s abandonment of his very specialized turf — the hip pretensions and ersatz Jewish overtones of middle-class Southern California suburbia — results in a sustained low-key sententiousness about old age in contemporary America that would be enough to choke a cat much hardier than the title pet, who in fact appears to die of boredom after being subjected to a lifetime of his owner’s Harry Lauder imitations and imperturbable serenity in the midst of cabaret-style confusion. For years, Art Carney brought to his unvarying role in Jackie Gleason’s TV show The Honeymooners a simple humanity and wit that kept Gleason’s expansiveness from exploding into hot air; he has not been so fortunate with Paul Mazursky and Josh Greenfeld, who bestow on him the presumed fury of Lear, the tolerance of Gandhi, the patience of Job and the wisdom of Lao-tze, while conscientiously scaling him down to a show-biz version of the archetypal eccentric who lives next door.

Despite a few flashes of the cleverer and only semi-predictable surface gloss of Mazursky’s earlier Bob & Carol & Ted & Alice, Alex in Wonderland and Blume in Love — not to mention the momentary presence of the indestructible Arthur Hunnicutt, who can turn just about any screenplay conceit into a flavorsome line — Harry and Tonto fairly exudes a hard-sell ambition to impose an American Problem over its lazy picaresque structure; but it is an aspiration that looks no further than the underplayed platitude. McCarey’s Make Way for Tomorrow and Ozu’s Tokyo Story also take up the subject of displaced and dispossessed grandparents, with no attempt to sell their audience a bill of goods but a simple capacity to record the beauty and the horror of the emotional adjustments of the aged. Harry and Tonto presumes to say something smart and ‘sophisticated’ about everything from urban renewal to Carlos Castaneda’s medicinal lore, along with a continuous lesson about growing old gracefully that is dished out at every opportunity; yet it winds up telling us virtually nothing at all. Resembling nothing so much as a trunkful of deleted scenes salvaged from earlier scripts, it provides its exemplary hero with an infinite number of occasions on which to demonstrate his innate superiority to everyone else in Mazursky’s universe, but scarcely any convincing context (or contest) that would allow him to develop beyond a scriptwriter’s postulate.