Jazz Soundies and other numbers from the 1940s 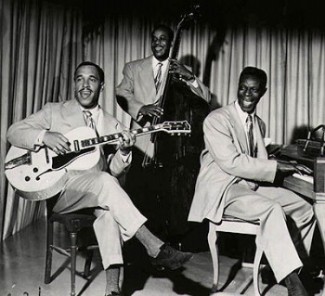 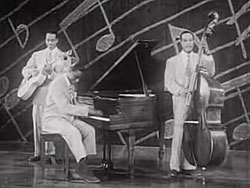 A musical extract from the Forties black feature Killer Diller — made, like Jivin in Be-bop, exclusively for black audiences — this short illustrates Cole’s remarkable piano playing in a concert, as well as certain aspects of the cooler and more commercial vocal style which he eventually adopted. A graceful, inventive soloist, whose style virtually bridges swing and bebop, with long, perfectly articulated lines which have influenced pianists for three successive decades, he also conveys an unmistakable stage presence — sitting almost perpendicular to the piano while performing difficult runs effortlessly in a manner that is nearly as ‘visual’ as Chico Marx’s. Moore and Miller also takes solos, and the latter is highlighted on “Breezy and the Bass”, a fast virtuoso piece based on the chords of “I Got Rhythm”; “Now He Tells Me” features Cole’s smooth mock-hip singing of the period, exuding a kind of throwaway charm that remains irresistible. 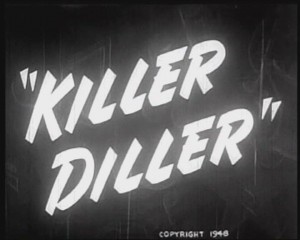 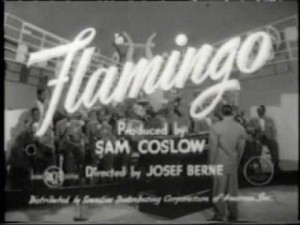 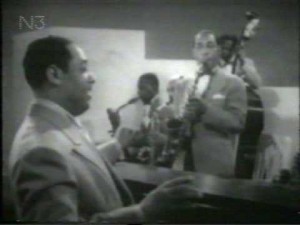 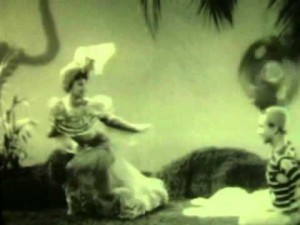 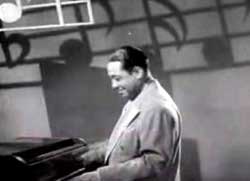 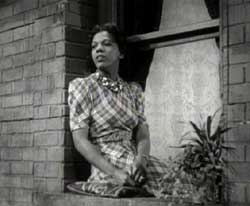 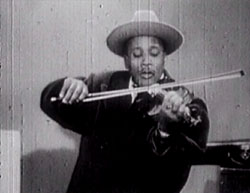 A delightful sampling of four Ellington ‘soundies’, limited only by the somewhat tattered state of the print under review, and indicating that as a production company of ‘soundies’, RCM clearly had it over Official. “Flamingo” (1942) partially accompanies a sinuous dance by Janet Collins and Talley Bealty – exotically dressed, and posed in front of fake palm trees and flamingo shadows — but Johnny Hodges is very visible during his lusciousshort solo. Hot Chocolate (1941) offers some wild, acrobatic and adept jitterbugging by Whitey’s Lindy Hoppers to a rousing version of “Cotton Tail”: after a shot outside the Orpheum Theatre, the band is seen playing on stage — with Ben Webster’s solo dramatically announced by Ellington — before the focus shifts to dancers in the lobby; following a short, off-screen piano solo, the film returns to the band again. Ivie Anderson sings “I Got It Bad and That Ain’t Good” (1942) effectively with a smaller group, spread out casually in an urban courtyard while she sits on a windowsill. (There is an odd fade midway through the tune to Ellington stretched out on a sofa with a drink in his hand and a woman attending to him; equally odd is a subsequent glimpse in the courtyard of couples dancing, including a musician who dances langorously while playing the trumpet.) But the pièce de résistance is Jam Session (1942), a swinging version of Ellington’s “C-Jam Blues” set in a Harlem basement ‘eatery’ after hours-a film which has the rare courtesy to introduce each soloist by name with a superimposed title. Although the dubbing is momentarily disconcerting — one sees Ellington and a bassist start to play before the others arrive while one hears them with a full sax section –- the experience of seeing each soloist in turn arrive and start to play quickly overrides the artifice. Ray Nance, Rex Stewart, Ben Webster, Joe Nanton (complete with plunger mute), Barney Bigard and Sonny Greer come down the stairs (along with a few ‘decorative’ women) to take their solos, after which Ellington gets up from the piano, goes over to three of the ladies, and ends the film and tune with a wink. In all the films grouped together here, quite apart from the lovely music, the sheer grace and ‘class’ of Duke Ellington in coping with the artificial mini-environments and charades, without ever seeming even remotely false or compromised, is a wonderful sight to behold. 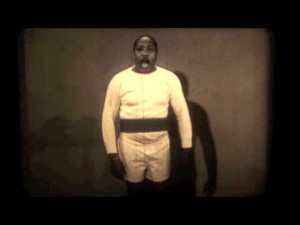 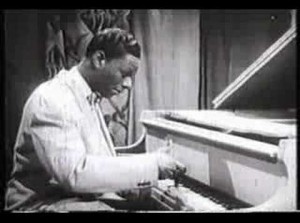 Another collection of ‘soundies’ from the early Forties, Harlem Jump offers a relatively lacklustre group of performances. “Pudgy Boy,” a real period piece (made in 1942), presents Les Hite singing inside a gym filled with women, who admire a muscle-man bending a piece of iron and play leapfrog while the vocalist bemoans his physical condition -until one woman tells him not to reduce. The Nat Cole Trio’s version of “Got a Penny, Benny ?” (1941), less lively or interesting than their numbers on Nat Cole Trio (reviewed MFB, No. 510), nevertheless provides a lot more musical interest than anything else here — specifically, solos by Cole and Moore. Cab Calloway’s “Minnie the Moocher” (1943), another novelty number, presents the leader dressed in one of his habitual zoot suits, singing scat phrases along with his band in one of the hits of the period — moving from medium to up-tempo in a kind of lukewarm, middle-brow parody of the frenzy of bebop. Uniquely suited for showing at a party to a semi-attentive audience, Harlem Jump has a modicum of good humor but not much else. 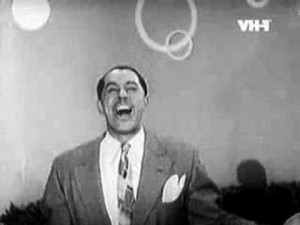