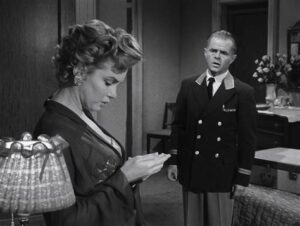 Unusually seedy and small-scale for a Fox picture of 1952, this black-and-white thriller is set over one evening exclusively inside a middle-class urban hotel and the adjoining bar. The bar’s singer (Anne Bancroft in her screen debut) breaks up with her sour pilot boyfriend (Richard Widmark), a hotel guest. He responds by flirting with a woman (Marilyn Monroe) in another room who’s babysitting a little girl (Donna Corcoran), but the babysitter turns out to be psychotic and potentially dangerous. Daniel Taradash’s script is contrived in spots, and the main virtue of Roy Ward Baker’s direction is its low-key plainness, yet Monroe–appearing here just before she became typecast as a gold-plated sex object–is frighteningly real as the confused babysitter, and the deglamorized setting is no less persuasive. With Jim Backus as the girl’s father and Elisha Cook Jr. as Monroe’s uncle, the hotel elevator operator. 76 min. Also on the program: episode ten of the Crash Corrigan serial Undersea Kingdom (1936). Sat 3/26, 8 PM, LaSalle Bank Cinema. 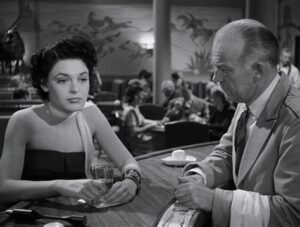