From Cinema Scope #17 (Winter 2003). Nineteen years later, much of this is clearly out of date, including some of the links, but it seems worth acknowledging that the Internet, like everything else, has a history of its own.  — J.R.

I’d like to begin this installment by alerting readers to a couple of excellent online tools that I’ve recently discovered, both of which are indispensable to anyone interested in tracking down the best DVDs of the greatest films: Masters of Cinema and DVD Beaver.

The first of these, at www.masterofcinema.com, is an ongoing international newsletter in English maintained by four rotating editors, with regular updates, devoted to what’s coming out, when and where, and in what condition and with what features. The moment you get to their home page, you see all their regular features, including The News Fountain, a “worldwide DVD calendar” with upcoming releases listed by months, a few discerning articles, and a column of links. The latter is especially valuable, the pièce de résistance comprising a list of directors that at last count included 85 web sites devoted to no less than 76 directors. (In case you’re curious, the directors that have two web sites apiece on this list are Tex Avery, Jean-Luc Godard, Hou Hsiao-hsien, Chuck Jones, Buster Keaton, Akira Kurosawa, Fritz Lang, F.W. Murnau, and Satyajit Ray.) No Iranian director had made it onto the list the last time I checked —- the editors might want to consider adding the multifaceted Makhmalbaf Film House site, www.Makhmalbaf.com, which can be read in both English and Persian — but in other respects the overall range of this list is pretty astonishing.

It’s probably no coincidence that the four most rigorous of these web sites that I know in terms of scholarship and devotion to detail—- those devoted to Robert Bresson, Carl Dreyer, Yasujiro Ozu, and Andrei Tarkovsky —- are all maintained by Masters of Cinema. And indeed, just as the horror movie buffs at Video Watchdog are often more scholarly than most of their academic equivalents, the people at these web sites who are conscientiously tracking the quality of the latest DVD releases of these masters could also teach most university film professors a thing or two. And those looking for impressive (and highly aggressive) graphics, sound-and-image clips, and production values so lavish that they threaten to overtake your computer should check out the one devoted to Jacques Tati in French and English at www.tativille.com. 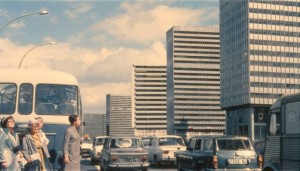 The same organization is behind the recent French two-disc DVD devoted to  the recent 70-millimeter restoration of Playtime, a wonder to behold and hear. (It was erroneously claimed by a reviewer in the Spring 2003 issue of Cinema Scope that the Criterion DVD of this film was in stereo, but in fact it’s been unavailable that way for decades, at least on video.) Some of the bonuses on the second disc are wonderful (e.g., silent footage of Tati directing and the sets being built) and some are little more than sofa stuffing; both discs offer offscreen commentaries, but only in French —- unlike the strident announcements delivered in highly accented English by a plaintive demoiselle on the various menus, which I believe are supposed to be cute and funny but affected me like chalk squeaking on a blackboard. 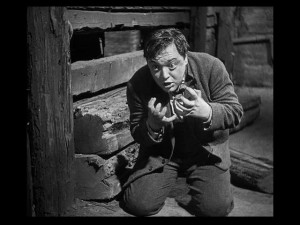 DVD Beaver (www.dvdbeaver.com) may be slightly more specialized as a  consumer guide, but I don’t want to underestimate its practical value. It was there, for instance, that I recently first heard about the Eureka two-disc DVD devoted to Fritz Lang’s M that I promptly ordered from Amazon in the U.K. —- the product of a recent restoration so impressive that I’m afraid it blows even the Criterion version of Lang’s greatest film out of the park. Some of the extras are in fact devoted to explaining in painstaking detail why it’s superior to any other version of the film that we’ve been able to see up until now.

Apart from reviewing a few hundred DVDs of art movies new and old, DVD Beaver has a specialty feature, “DVD Comparisons,” that compares and ranks the various versions available of the same films according to just about every imaginable technical criterion, and even provides copious illustrations so that you can see how the same frames look on each DVD. (Incidentally, the comparison of the various versions of M that led me to order the Eureka set, which can be found on both web sites, is by Nick Wrigley, one of the rotating editors of Masters of Cinema —- the same Nick Wrigley whose astute review of the Danish DVD of Once Upon a Time on the Carl Dreyer web site led me to acquire it and then cite it in my last column—- which just goes to show how interconnected all these sites are.) 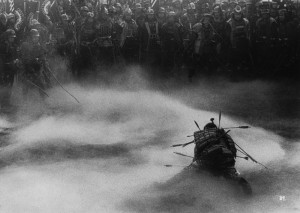 Since I’ve just cited two Criterion DVDs, M and Playtime, as being second best, I should cite two more recent ones, both of Japanese classics, that in different ways set new standards. Akira Kurosawa’s Throne of Blood (1957) —- which is rumored to have been T.S. Eliot’s favorite film, though I’ve never actually seen this confirmed in print — poses special problems for subtitling because, as the DVD’s accompanying booklet points out, the translation has to “address the formalism of the underlying Shakespearean source material [Macbeth] while capturing Kurosawa’s particular interpretation of period dialect.” To attack this difficulty in the most educational way possible, Criterion offers two separate sets of subtitles by distinguished specialists, Linda Hoaglund and Donald Richie, as well as essays by each of them explaining their methodologies. 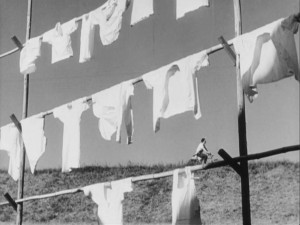 Criterion’s two-disc set of Tokyo Story (1953) is the first film by Yasujiro Ozu that it has so far made available apart from Good Morning (1959), his second color feature. It offers on its second disc Kazuo Inoue’s fascinating two-hour Japanese documentary about Ozu, I Lived, But… (1983), which is crammed with clips from most of Ozu’s major works (a key asset) and interviews with many of his actors, other coworkers, and critics Donald Richie and Tadao Sato. (If you ever wanted to hear how Richie sounds speaking Japanese, now’s you chance.) Less monumental but still interesting as a second bonus is the 40-minute Talking with Ozu (1993), which, despite its title, doesn’t offer interviews with the master himself but travels across the globe recording reflections about him from the late Lindsay Anderson (England), Claire Denis (France), Hou Hsiao-hsien (Taiwan), Stanley Kwan (Hong Kong), Aki Kaurismaki (Finland), Paul Schrader (the U.S.), and Wim Wenders (Germany).

Surfacing simultaneously as part of the Ozu centennial with the Ozu/Kogo Noda screenplay for Tokyo Story -— published in an attractive edition by Berkeley’s Stone Bridge Press, with an introduction by Richie and a detailed Ozu filmography —- the latter DVD launches what one hopes will become a more comprehensive effort to make his work available. I’m told that a DVD of Floating Weeds (1959) is also in the works, and am holding out hopes for some of the silent masterpieces as well, starting with the irreplaceable I Was Born, But… (1932) Given the somewhat blinkered view of Ozu held by those familiar only with his talkies, the thirteen silent features that have survived intact offer a good many revelations, and for me such early works as That Night’s Wife (1930) and all three of the remarkable films he made in 1933 (Woman of Tokyo, Dragnet Girl, and Passing Fancy) are as worthy of having on the shelf as such later touchstones as The Only Son (1936), The Brothers and Sisters of the Toda Family (1941), A Hen in the Wind (1948) and Late Spring (1949). 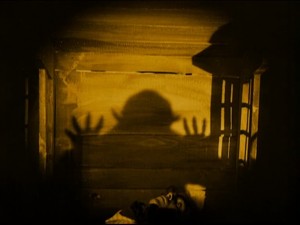 Following their superb box sets devoted to D.W. Griffith and Erich von Stroheim, Kino Video have now issued a comparable one for F.W. Murnau, with five discs devoted to his pre-Hollywood German period (Nosferatu, The Last Laugh, Tartuffe, and Faust) and his post-Hollywood Tabu (the latter issued separately by Milestone, and already recommended by me last summer for Janet Bergstrom’s superb commentary). Among the more significant extras are, with Nosferatu, extended and well-selected clips from Die Gang in Die Nacht, Schloss Vögled, and Phantom (including two my favorite examples of hallucinatory delirium in the latter —- the apparent collapse of a row of city buildings on the hero and the camera rising above his restaurant table to reveal a motorcyclist riding in rapid circles over his head, two inspired moments of subjective dementia); and, with Tartuffe, a 35-minute German documentary about Murnau (not everything it could or should have been, but still containing things you probably haven’t seen before). I wish the back label on The Last Laugh didn’t claim to have “excerpts from alternate versions” when only one such excerpt is included — a slightly different version of the epilogue. But the visual qualities of this feature are so well preserved that this is only carping.

Other exceptional recent releases include my all-time favorite African feature, Souleymane Cissé’s Yeelen (1987), again on Kino Video (which has also just released Djibril Diop Mambety’s 1992 Hyenas and Cheick Oumar Sissoko’s 1999 Genesis); Kanal (1957) and Ashes and Diamonds (1958), parts two and three of Andrzej Wajda’s “war trilogy” in attractive prints on Facets Video (which has curiously omitted the dates of either film on the otherwise informative boxes); Criterion’s double-disc set devoted to Roman Polanski’s first feature, Knife in the Water (1962), including detailed and highly informative new video interviews with Polanski and cowriter Jerzy Skolimowski (and — a special bonus — all eight of Polanski’s short films between 1957 and 1962 on the second disc); and, last but not least, my favorite Billy Wilder comedy — the glorious (if neglected) 144-minute Avanti! (1972), on MGM.