From Cinema Scope #17 (Winter 2003). Nineteen years later, much of this is clearly out of date, including some of the links, but it seems worth acknowledging that the Internet, like everything else, has a history of its own.  — J.R.

I’d like to begin this installment by alerting readers to a couple of excellent online tools that I’ve recently discovered, both of which are indispensable to anyone interested in tracking down the best DVDs of the greatest films: Masters of Cinema and DVD Beaver.

The first of these, at www.masterofcinema.com, is an ongoing international newsletter in English maintained by four rotating editors, with regular updates, devoted to what’s coming out, when and where, and in what condition and with what features. The moment you get to their home page, you see all their regular features, including The News Fountain, a “worldwide DVD calendar” with upcoming releases listed by months, a few discerning articles, and a column of links. The latter is especially valuable, the pièce de résistance comprising a list of directors that at last count included 85 web sites devoted to no less than 76 directors. (In case you’re curious, the directors that have two web sites apiece on this list are Tex Avery, Jean-Luc Godard, Hou Hsiao-hsien, Chuck Jones, Buster Keaton, Akira Kurosawa, Fritz Lang, F.W. Read more

English kitchen-sink realism isn’t ordinarily my cup of tea, but the way Australian writer-director-coproducer Fred Schepisi follows four friends across 40 years creates such a lovely mosaic, acted with such heart, power, and flavor, that I was hooked from the start. It’s a tale anchored around the delivery of a butcher’s ashes to Margate by three of his former pub mates (Tom Courtenay, David Hemmings, Bob Hoskins) and his resentful son (Ray Winstone). Michael Caine plays the butcher in flashbacks, and it’s one of his strongest performances; no less affecting is Helen Mirren as his wife. (I assume the absence of Oscar nominations must have something to do with studio politics.) Adapted from Graham Swift’s Booker Prize-winning novel, this 2001 movie will probably mean the most to viewers old enough to know who Courtenay and Hemmings are and thus to ponder what age has done to their faces, though the actors found to play them and the others in their youth are uncannily persuasive. The personal investments of the lead actors in their parts are palpable; you don’t have to know that Caine is staying in the same hospital where his real-life father (a fish porter) died to recognize that he feels this character down to his marrow. Read more

Introduction to the Chinese Edition of MORE THAN NIGHT

The following essay was both commissioned and written in early June 2009. My thanks to the Chinese translator Zhanxiong Xu for giving me permission to publish the original English version here.

I’m also pleased to announce that a Chinese translation and edition of one of my own books, Movie Wars: How Hollywood and the Media Limit What Films We Can See, came out in China. I strongly suspect that the subsequent influx of Chinese visitors to this site must have had something to do with its  publication. — J.R.

Introduction to the Chinese Edition of More Than Night: Film Noir in its Contexts 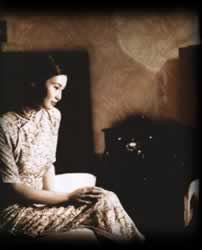 “The Chinese don’t accord much importance to things of the past,” Maggie Cheung maintained in an interview with a French magazine roughly a decade ago  (1), “whether it’s films, heritage, or even clothes or furniture. In Asia nothing is preserved, turning towards the past is regarded as stupid, aberrant.”

Claude Lanzmann’s 2001 documentary about an uprising of Jews at a Polish death camp. Yehuda Lerner, one of the prisoners who shut down the camp, was only 16 at the time, though he’d already managed to escape from eight Russian camps; Lanzmann interviewed him for his monumental Shoah (1985) but then decided this story deserved a film of its own. Clearly he values the uprising as a rejoinder to the usual charge that Jews offered little resistance to the Nazis (Hannah Arendt omits the incident from her Eichmann in Jerusalem), so it’s no surprise when Lerner’s testimony culminates in a prolonged recollection of triumphantly killing two German soldiers with an ax. The film’s methodology is practically identical to that of Shoah: Lerner’s account is translated on-screen from Hebrew into French, which is then subtitled in English (in fact, bits of the Hebrew original are edited out to save time), and sometimes Lanzmann illustrates it with contemporary shots of the places where the events unfolded. 97 min. (JR) Read more