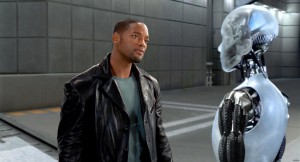 It’s much more of an action flick than either Metropolis or Blade Runner, but there’s a provocative and visionary side to this free adaptation of Isaac Asimov’s SF classic that puts it in the same thoughtful canon. The story is set in Chicago in 2035, and the cityscape, designed by Patrick Tatopoulos, is futuristic yet Victorian around the edges. Built into the mystery plot are reflections about robots as extensions of human will that build up to a wide-ranging but unpreachy critique of everything from corporate malfeasance to the Patriot Act. Will Smith plays an old-fashioned homicide cop investigating the ostensible suicide of a scientist; Bridget Moynahan is an expert in robot psychology. Alex Proyas (The Crow, Dark City) directs a script by Jeff Vintar and Akiva Goldman that’s lively enough to justify a few hokey flourishes. R, 100 min. Burnham Plaza, Century 12 and CineArts 6, Chatham 14, Crown Village 18, Davis, Ford City, Gardens 1-6, Golf Glen, Lawndale, Lincoln Village, Norridge, North Riverside, River East 21, 62nd & Western, Village North, Webster Place.