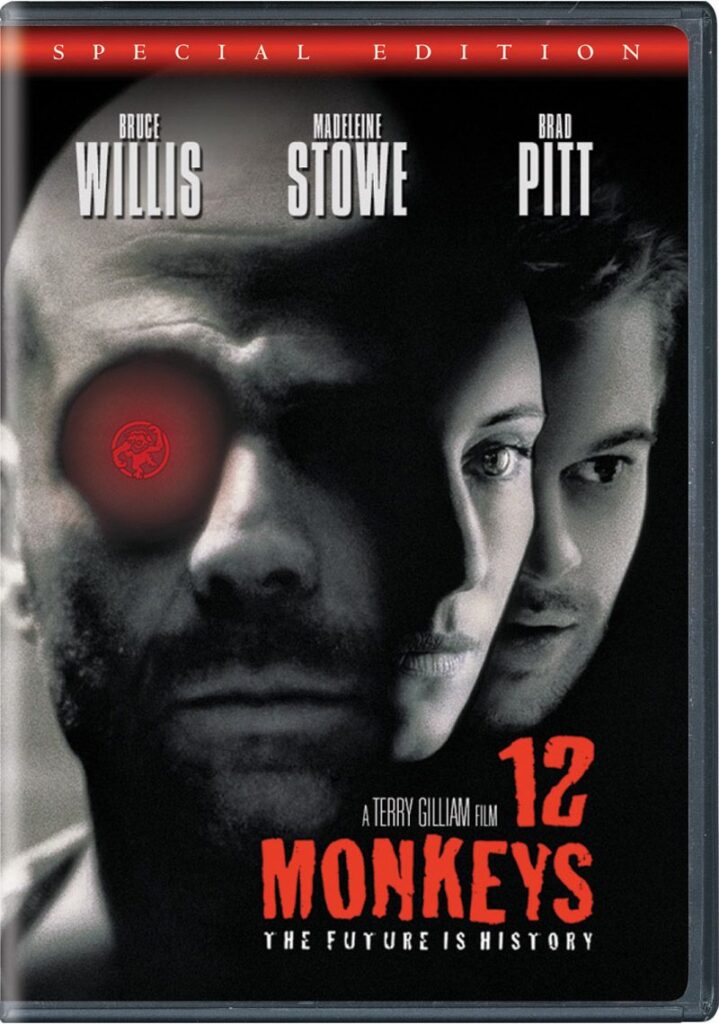 Rumor has it that director Terry Gilliam hasn’t even seen La jetee (1962), Chris Marker’s half-hour SF masterpiece that served as the basis for David and Janet Peoples’s script. In a future world following a global epidemic that has eradicated most of humanity, time travel becomes the only hope of mankind’s survival. A volunteer (Bruce Willis) gets sent back to Philadelphia in the year 1996, where he’s promptly locked away as a madman while trying to find the source of the epidemic and simultaneously clear up a troubling childhood memory. La jetee, told almost exclusively in black-and-white still photographs, is the only purely fictional work of one of the greatest film essayists (whose work tends to circulate around issues involving memory and photography) and has a form, a style, and a subject that reinforce one another; this grungy thriller by contrast merely takes over the story, though it’s a haunting enough tale in its own right. (David Peoples also scripted Unforgiven, and one finds much of the same craft, as well as the same gratuitous unpleasantness, kicking about here.) I find all of Gilliam’s movies worth seeing, and this is no exception, though you should expect to find a fair amount of his characteristic designer grimness mixed in with cabaret comedy, which seems less fresh now than it did in Brazil in 1985. Brad Pitt has fun with his secondary part as a pontificating lunatic, but I wish I enjoyed the rest of the cast (which includes Madeleine Stowe and Christopher Plummer) more. Ford City, Gardens, Golf Mill, Lincoln Village, 900 N. Michigan, North Riverside, Norridge, Webster Place.