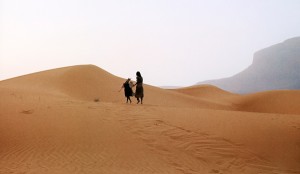 Souleymane Cisse’s extraordinarily beautiful and mesmerizing fantasy is set in the ancient Bambara culture of Mali (formerly French Sudan) long before it was invaded by Morocco in the 16th century. A young man (Issiaka Kane) sets out to discover the mysteries of nature (or komo, the science of the gods) with the help of his mother and uncle, but his jealous and spiteful father contrives to prevent him from deciphering the sacred rites and tries to kill him. In the course of a heroic and magical journey, the hero masters the Bambara initiation rites, takes over the throne, and ultimately confronts the magic of his father. Apart from creating a dense and exciting universe that should make George Lucas green with envy, Cisse has shot breathtaking images in Fujicolor and has accompanied his story with a spare, hypnotic, percussive score. Conceivably the greatest African film ever made, sublimely mixing the matter-of-fact with the uncanny, this wondrous work provides an ideal introduction to a filmmaker who, next to Ousmane Sembene, is probably Africa’s greatest director. Not to be missed. Winner of the jury prize at the 1987 Cannes Film Festival. (Film Center, Art Institute, Columbus Drive at Jackson, Friday, January 6, 7:30; Saturday, January 7, 4:00 and 7:30; and Sunday, Tuesday, and Thursday, January 8, 10, and 12, 6:00; 443-3737) 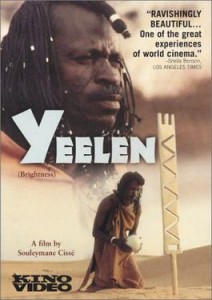