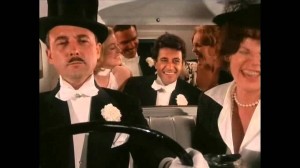 A daring experiment that failed (1975), this direct-sound musical set in the 30s — with Burt Reynolds, Cybill Shepherd, Madeline Kahn and Duilio Del Prete doing what they can (as singers and dancers) with and to Cole Porter — is probably Peter Bogdanovich’s worst film, but it’s perversely fascinating for its art-deco trimmings as well as its rather frightening coldness. I suspect that what makes it so hard to take is less its awkwardness as a musical (which could theoretically carry a certain charm) than its shocking sense of class snobbery and upper-class entitlement, which played a lesser role in Bogdanovich’s What’s Up, Doc? (1972) and which registers here as an eccentric misreading of Lubitsch. Ironically, this was made when Bogdanovich was at the height of his power as a studio director, before he developed the craft and sensitivity that characterize some of his later work. (JR) 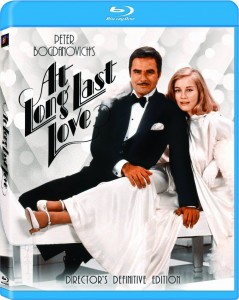