From the Chicago Reader (August 10, 1990). Even though this is favorable, I think I underestimated the achievement of this first feature; reseeing it a quarter of a century later, in preparation for a very enjoyable public Skype conversation with Whit Stillman held at the Gene Siskel Film Center, it looked much better and much richer, and the tenderness shown towards almost all of the characters is indelible. — J.R. 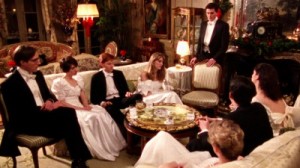 Whether it’s “accurate” or not, Whit Stillman’s crafty independent feature about wealthy Park Avenue teenagers and a middle-class boy who joins their ranks over one Christmas vacation is certainly well imagined, and impressively acted by a cast of newcomers (including Carolyn Farina, Edward Clements, Christopher Eigeman, Taylor Nichols, and Elizabeth Thompson). The simple but offbeat form of the film — which concentrates mainly on a series of social gatherings among a circle of friends, separated by fade-outs — has its awkward moments, but the charm of the actors and the wit and freshness of the dialogue (which touches on such subjects as Jane Austen, romance, and class consciousness) keep one interested (1990). (Fine Arts) 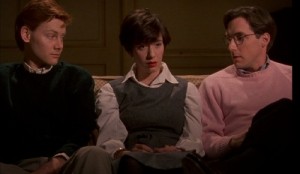