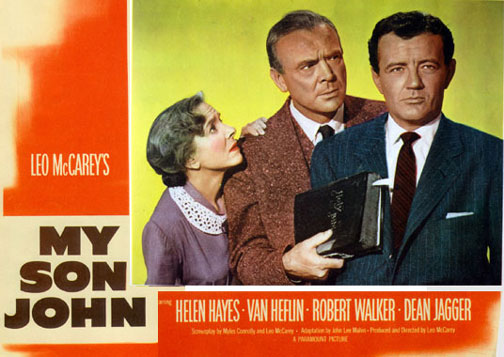 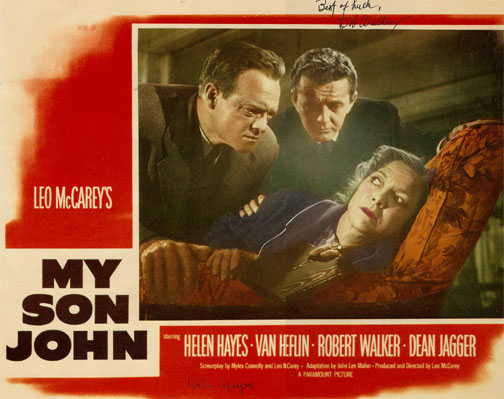 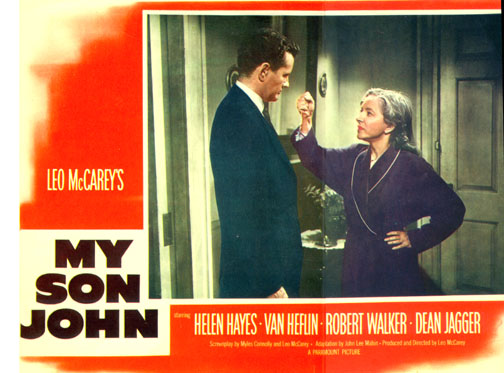 Okay, this 1952 Leo McCarey melodrama is flawed, even deranged in its second half, when the combined difficulties of Robert Walker’s sudden death during the film’s production and McCarey’s crazed view of the Communist Menace yield a creepy form of paranoid hysteria and delirium. But this is also one of the most moving and complexly felt movies McCarey ever made — also one of the best acted, especially for Walker, Helen Hayes, and Dean Jagger. Writing about Robert Warshow many years ago, Donald Phelps wrongly accused him of overrating Monsieur Verdoux but rightly accused him of underrating this film. Its continuing unavailability on DVD is a disservice both to McCarey’s memory and to his audience. [11/16/08]