From the Chicago Reader (January 28, 2005, slightly tweaked in 2014). Now that this is out on Blu-Ray, the Technicolor seems every bit as luscious to me as it must have when I was age six, and the periodic prophecies (“His name will be written in the Book of Judges”; “Men will tell his story for a thousand years”) are no less indelible. — J.R. 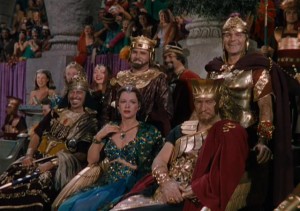 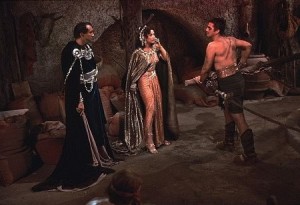 If you can tolerate the hokeyness and appreciate the unabashed sado-masochism and bondage fantasies, you’re likely to find this 1949 feature one of Cecil B. De Mille’s most enjoyable sword-and-sandal epics, delivered with his characteristic showmanship. Victor Mature and Hedy Lamarr are the title characters, backed by George Sanders and Angela Lansbury, but the real attractions are the kitschy spectacle (lions, collapsing temples) and De Mille’s special way with religion, sex, and violence. 128 min. (JR) 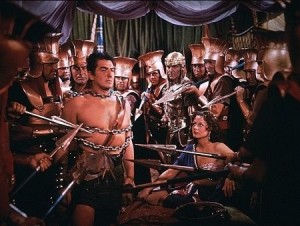 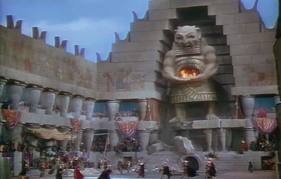