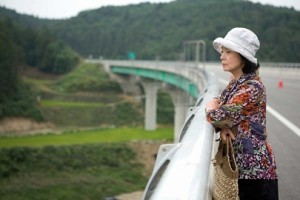 The film centers on the suicide by drowning of a suburban, small-town schoolgirl who had been raped by several of her teenage classmates. Yang Mi-ja (played by Yoon Jeong-hee — a major star of Korean cinema in the 60s and 70s who had not appeared in a film since 1994, and had to be lured out of retirement by Lee), the grandmother of one of the rapists, subsists on welfare and on working as a part-time caregiver for a wealthy and elderly man who has had a stroke while she lives with her self-absorbed grandson, whose divorced mother lives in Busan. Diagnosed with Alzheimer’s disease, Mi-ja responds to her encroaching forgetfulness by enrolling in a poetry class at a local community center, where she’s encouraged to write one poem about what she sees in everyday life. Meanwhile, she is summoned to a meeting by the fathers of several of the boys who raped the girl who drowned herself, proposing a bribe of 30 million won to the girl’s mother. 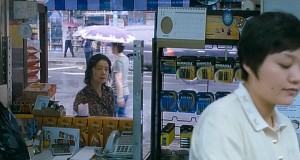 I suspect that Lee’s former experiences as both a novelist and, in 2003-2004, as South Korea’s Minister of Culture and Tourism, served him well in his conception of and preparations for Poetry, which deservedly won the Best Screenplay Award at the Cannes Film Festival and many separate awards elsewhere for Yoon’s singular and powerful performance. 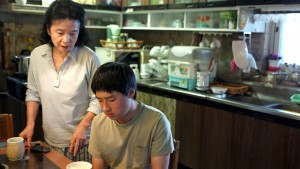