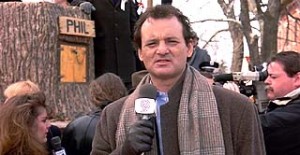 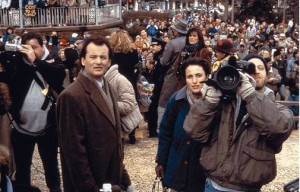 Bill Murray plays an obnoxious TV weatherman from Pittsburgh forced to relive the same wintry day in a small Pennsylvania town over and over again until he gets it right, in an unexpectedly graceful and well-organized comedy (1993) directed and cowritten by Harold Ramis. While the movie’s underlying message is basically A Christmas Carol strained through It’s a Wonderful Life — hardly a recommendation in my book — the filmmakers mercifully spare us the speeches and simply demonstrate their thesis; as they do they reveal their true virtue: a fluid sense of narrative that works the story’s theme-and-variations idea with a glancing and gliding touch. Considering that none of the characters is fresh or interesting, it’s a commendable achievement that the quality of the storytelling alone keeps the movie watchable and likable. With Andie MacDowell and Chris Elliott. PG, 103 min. (JR) 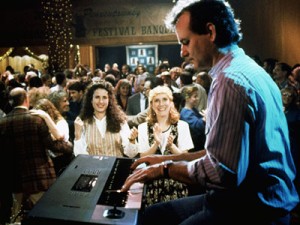 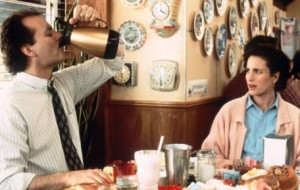