The following was put together for Jean-Luc Godard: Documents, a huge, large-format, 448-page (+ DVD) compendium put together by Nicole Brenez (in collaboration with Michael Witt) and published by the Centre Pompidou in 2006. I’ve decided to reproduce this assembly of texts exactly as I submitted it to Nicole. — J.R. [8/23/08] Ten years later, my account of Tregenza’s filmography needs to be updated with a fourth feature, Gavagai (2016). [8/23/18] 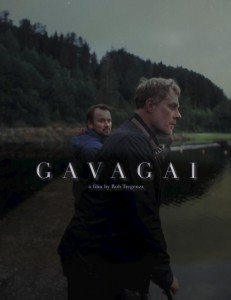 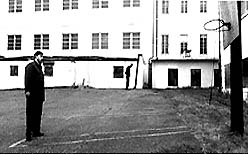 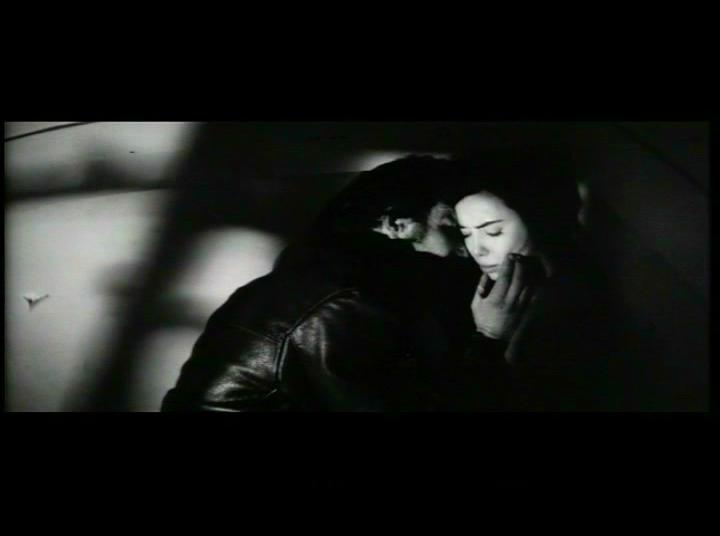 Preface to Five Letters from Godard Apropos of Inside/Out

Not much (i.e., not enough) is known today about the three features of American independent filmmaker Rob Tregenza, all 35 millimeter—-Talking to Strangers (1988), The Arc (1991), and Inside/Out (1997)—- and possibly still less is known about Godard’s activity as a film producer, specifically of the third of these films. It isn’t even alluded to in Colin MacCabe’s detailed biography, where the fact that Godard helped to finance Straub-Huillet’s 1967 Chronik der Anna Magdalena Bach equally goes unmentioned.

It also seems probable that the last film review published by Godard to date is his one of Talking to Strangers (see Jean-Luc Godard par Jean-Luc Godard, tome 2, 1984-1998, pages 355-356, where this text is undated, though it was written specifically for the Toronto Film Festival catalogue and published there in English in September 1996). Financed by Tregenza himself with the money he earned from shooting TV commercials in Baltimore, Maryland, the film, shot on a one-to-one shooting ratio, consists of nine ten-minute takes. A detailed article about it, written in 1988, appears in my 1997 collection Movies as Politics.

The five letters published below, kindly furnished to me by Tregenza and his wife Jay Kay, tell a fairly coherent story of their own—-specifically the story of the multifaceted activity of Godard as producer of Tregenza’s third feature, which was shot in rural Maryland and which includes two actors from For Ever Mozart in its cast, Frédéric Pierrot and Bérangère Allaux. (On Godard’s tentative and abandoned plan to shoot the final chapter of Histoire(s) du Cinéma on the Tregenza farm, I can add only that Tregenza’s gifts as a cinematographer in shooting lengthy takes—-evident in all three of his features as well as in Alex Cox’s 1998 Three Businessmen and Béla Tarr’s 2000 Werckmeister Harmonies—-had something to do with this.)

One might assume that Godard’s reluctance to publicize his activity as a producer—-which includes the absence of any on-screen credit–stems, at least in part, from a desire not to have hundreds of scripts sent to him in Rolle. Yet apart from the fact that the bear cited in the second and third letters is much more prominent here than it is in the film (unless one realizes that it’s a Godardian pun in franglais referring to the lead actress, Bérangère Allaux), it could be argued that his final letter, the only one written in French, bears excellent critical witness to Tregenza’s work.

“Quickly, as if they were recalled by something over there, they turned to their camera. There it was—-their picture. Yes, with all its greens and blues, its lines running up and across, its attempt at something.” V. Woolf

(Note by JR: the above is followed by reproductions of four frames from what appears to be Histoire(s) du Cinéma. The last of these, if I’m not mistaken, shows Orson Welles’s Don Quixote [Francisco Reiguera] on his horse, with a handwritten caption below: “don QuiRobshot going to the set in Maryland.”)

Dear you both. If convenient to you, I’m landing to-morrow sunday the 12th. With regular Air France flight 028 to Dulles at 1615 PM. Please do not change anything for Gill in order to catch me. But if you can organize a limo with a driver and a board with my foolish name on it, I’ll be glad. Since I’m bringing some extra kopeks—-your share from Swiss TV—-I think a small 4 windows maffia limo is relevant. The new kopeks might help to do sometimes extra takes when the bear is fuming to do so; although Mrs. Lupino said: “hard, fast and beautiful”. I’ll leave monday 1905 PM or Tuesday. If possible I’d like very much to see and check Rob and JK’s farm as a possible and right decorum for my last fucking chapter of Histoire(s) du Cinéma, to be done in february—-with Rob cutting, the cow looking, the daughter playing music around the Steenbeck’s cinemascope screen. And I’d like also, if Rob agrees, during your Monday shooting, to have a look on the actual dailies on the editing table. As poor E.M. Cioran wrote: “après tout, nous sommes tous des farceurs, nous survivons à nos problèmes.” Please confirm by fax that my coming is all right and not intruding, and ask also authorization from the stars. Hug and Kiss, J-L

thank you indeed and to JK for the welcoming. What I saw on the big and small screen looks full of good human energy with beautiful faces in strong and soft black and white humanity.
As I said to JK before leaving, and in order to save more money, let’s not make a telecinema of everything.
Here are the shots I need:

For A—-unseen by JLG
all takes

For B—-seen by JLG
one take at your choice

Send it all as soon as possible by Federal Express
or equivalent as demonstration material not for
commercial use at my name at the above address. And
fax me when it’s leaving your place.

I will tell you within the next ten days about the
Histoire(s) du Cinéma around the farm.

Dear Rob, hope the editing is going fine. Here is a mail to Gilles Jacob, head of Cannes Festival. I suggest that you fax him to confirm my letter and give him more information
If you think it’s necessary. François is back in Rolle on the 5th of february. All the best, J-L