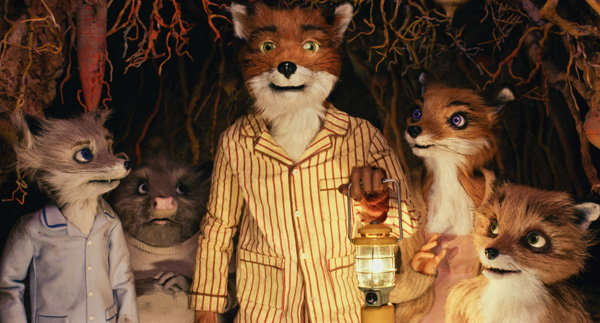 a. From “Your Call is Not Important To Us” by Will Self (New Statesman, 26 October) on mobile phones: “As defined by the psychiatric profession, psychosis is a blanket term for inadequate reality-testing (an ugly coinage, but you know what I mean). It’s quite clear to me that when the mobile phoneys are in full spate, their immediate surroundings retreat, the upholstery of the train carriage grows hazy, their fellow citizens become exiguous, and they are left in a humming, velveteen darkness, alone with their invisible interlocutor. Back in the real world, real people are compelled by the very nature of language itself to play the part of someone who is not there. Thus, the phoney says: `I don’t know, Brian took them back to Cool after the game,’ and we all gamely struggle to imagine what they could possibly be and why we want them.”

b. From Ryan Gilbey film column (New Statesman, 26 October): “Audiences new to [Wes] Anderson’s work will be able to savour his trademark style, which is characterised by pedantic detail, snappy montages, symmetrical framing and more cross-sections than a geology textbook. For the rest of us, the picture provides further evidence that Anderson desperately needs to leave his comfort zone. Once again, he gives the same character types the same conundrums to work through — from the patriarch whose adorable wildness prevents him from being a dependable parent, to the strong mother with a colourful past who is nevertheless excluded from playing much part in the action. If Fantastic Mr. Fox feels like Anderson’s freshest film since Rushmore, that can only be due to the animation. Beneath those tactile textures, there’s nothing you could strictly call fantastic.”

c. From Deborah Ross film column (The Spectator, 24 October): “Mr. Fox, by the way, is voiced by George Clooney and Mrs. Fox is Meryl Streep, which I just don’t get at all. Why hire big-money names for this sort of thing? Kids don’t care and, as for adults, I have yet to hear one say, ‘I must go see that film. It has George Clooney’s voice in it.’ The voice of Wallace in Wallace & Gromit was by that old chap from Last of the Summer Wine — can’t even remember his name! — and it didn’t seem to do the box office any harm.

“Look, all film is an illusion, but a good film-maker will get you to believe in it all the same. But it’s almost as if Mr. Anderson has contempt for any proper context. The animals speak American but the farmers are British. How come? The animals have cookers and toasters and kettles in their dens. How come? It is obviously set in rural England yet the cars and supermarket products are all American. How come? It’s a film without any integrity, which means it can’t have any emotional credibility either. Do we properly care what happens to the fox family and their friends? Not at all. It’s as if too much thought has been given to the animation, and almost none to putting some heart into it.” [10/28/09]