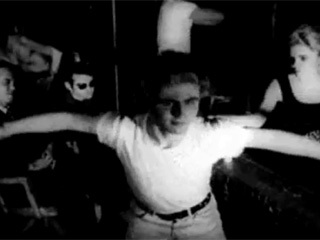 After paying $3,000 for the rights to Anthony Burgess’s novel A Clockwork Orange, Andy Warhol made this very loose adaptation (1965) using direct sound, with such Warhol regulars as Ondine and Edie Sedgwick, Gerard Malanga performing a whip dance, and music by the Velvet Underground. It’s one of Warhol’s very best — and most painterly — films, more interesting for what it does with crowded space than for the S and M. 64 min. (JR) 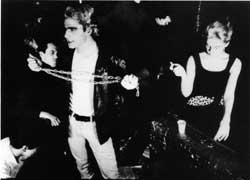