Reign Of Terror (aka The Black Book)

From the Chicago Reader (June 1, 1990), tweaked in April 2014.  This film is finally available now in a DVD that does its visuals (and John Alton’s cinematography) something approaching full justice. One of the juicier actors in this action romp that I should have mentioned is Arnold Moss, seen in the first still below with Robert Cummings. — J.R. 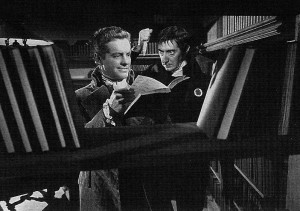 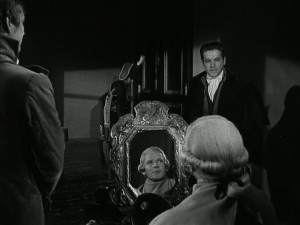 Along with James Whale’s The Great Garrick, this 1949 melodrama about the French Revolution, also known as The Black Book, is one of the few period pictures that qualify as film noir; Anthony Mann directed it with sumptuously arty chiaroscuro (cinematography by John Alton). With the two leads (Robert Cummings and Arlene Dahl) periodically steering it in the direction of camp, this film is loads of fun. Richard Basehart also stars  (as Maximillian Robespierre, no less); Philip Yordan and Aeneas MacKenzie coscripted. 88 min. (JR) 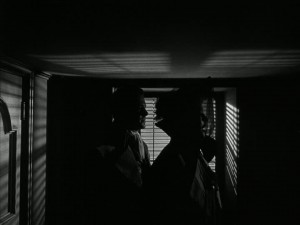 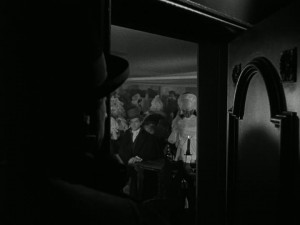