Images Of The World And The Inscription Of War 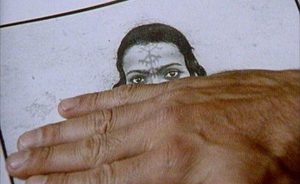 A fascinating 1988 film essay about photography by Harun Farocki, one of Germany’s most interesting independent filmmakers. Farocki combines the freewheeling imagination of Chris Marker with the rigor of Alexander Kluge, and his materialist approach to editing sound and image suggests both Fritz Lang and Robert Bresson. Central to the argument of this film are some aerial photographs of Auschwitz taken by American bombers looking for factories and power plants and missing the lines of people in front of the gas chambers — which are contrasted with Nazi photographs and images drawn by an Auschwitz prisoner, Alfred Kantor. Farocki’s provocative reflections on these and related matters and his highly original manipulation of music make this an excellent introduction to his work, which has seldom been visible in this country. In German with subtitles. 75 min. (JR) 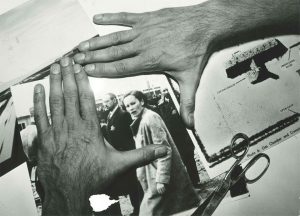