A Nest Of Gentry 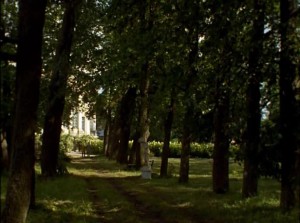 Andrei Konchalovsky’s follow-up to his 1967 Asya’s Happiness was a much safer literary adaptation of a Turgenev novel about a cuckolded member of the Russian aristocracy of the mid-19th century who is the son of a servant girl and a nobleman and who struggles unsuccessfully to find a place for himself in society. Ambitious but rather slow, using a variety of camera techniques that suggest the influence of the French New Wave, this is a respectable if unexciting work by a talented filmmaker. Attractively filmed in color, and certainly more interesting than A Handful of Dust as a treatment of fading aristocracy, it nonetheless lacks the sense of discovery conveyed in Konchalovsky’s best Soviet and American work (1969). (JR) 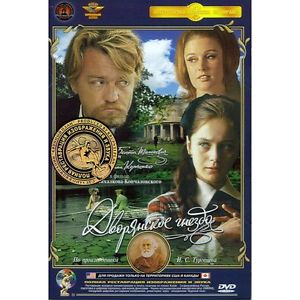