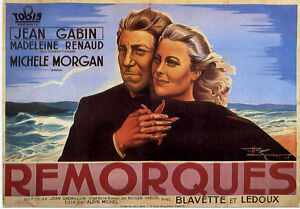 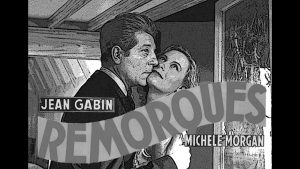 Dave Kehr has rightly called Jean Gremillon Jean Renoir’s only serious rival in the prewar French cinema, largely on the basis of Gueule d’amour (1937), Gremillon’s first film with Jean Gabin. But the director released three comparably impressive features during the occupation, starting with this 1941 drama, Remorques, about a gruff, married salvage-boat captain in Brittany (Gabin) falling for the recently estranged wife (Michele Morgan) of a ruthless captain whose merchant ship he’s towing to safety. Gabin and Morgan may have been the hottest couple this side of Bogart and Bacall, and despite some awkward use of miniatures in the early stretches, this benefits from stormy atmospherics, masterful characterization, and expressive use of sound. The script was adapted successively by Charles Spaak, Andre Cayatte, and Jacques Prevert from a novel by Roger Vercel. With Madeleine Renaud. In French with subtitles. 81 min. (JR) 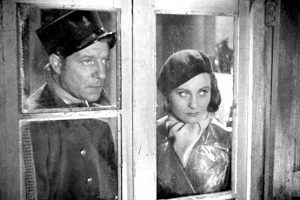