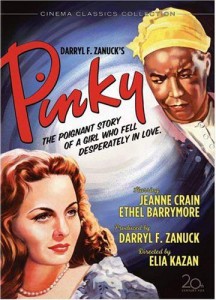 John Ford claimed to be sick in order to get out of directing this drama about Jeanne Crain as a white-skinned black woman passing for white who returns to her family in the deep south. Elia Kazan took over the production, and the results are uneven, though fitfully interesting. Ethel Waters has a commanding presence as Crain’s mother, and Ethel Barrymore and William Lundigan also star. A companion piece of sorts to Kazan’s previous Gentleman’s Agreement, in which Gregory Peck, a Jew, plays a gentile impersonating a Jew in order to test anti-Semitism. Here it’s Crain, a white woman, playing a black woman who passes for white — an even more bogus way of dealing with the issues involved (1949). (JR) 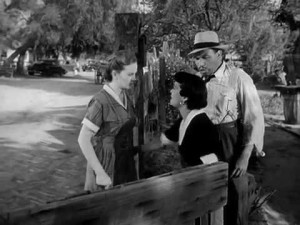