For Queen And Country 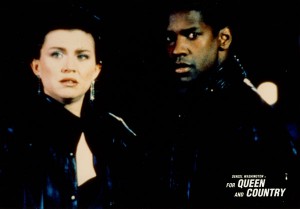 Denzel Washington (Cry Freedom) stars in this new British thriller by Martin Stellman about a black veteran who returns from nine years in the British army to encounter poverty and racism in London. A West Indian by birth, he finds that he is unable to renew his passport because of a new law, and a series of other misfortunes and injustices gradually force him against his will into a life of crime. Effective radical agitprop, relentless in its anger, this film is more outspoken about contemporary racism in England than any other feature that comes to mind; the story is structured a bit like a Warner Brothers thriller of the 30s, and the script (by Stellman and Trix Worrell), direction, and performances all give it a powerful impact. With George Baker, Amanda Redman, Dorian Healy, Geff Francis, and Bruce Payne. (JR) 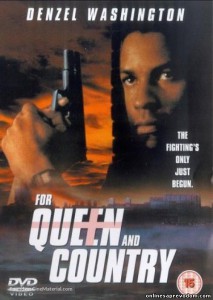