The Pearls Of The Crown 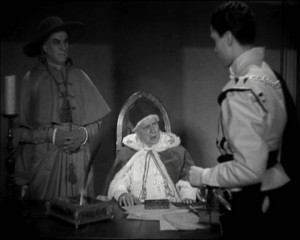 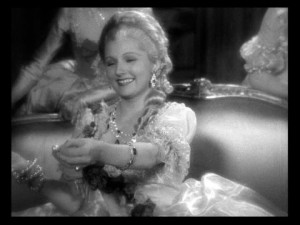 Henry II dies in a quizzical jump cut, Arletty’s voice is run backward to suggest the speech of an Abyssinian snake princess, and writer-director Sacha Guitry plays several parts (including Francis I, Napoleon III, and himself telling the film’s story to his wife). It’s often been said that you have to know French to fully appreciate Guitry’s cleverness and genius. But even if only those who speak French will catch a pun capping Jacqueline Delubac’s attempt to resist Raimu’s advances by speaking exclusively in adverbs, the sheer personality and energy of this 1937 film transcends linguistic barriers. A tale about the fate of seven perfect pearls, four of them in the English crown, it starts in the 16th century and proceeds by leaps and bounds into the 20th, periodically shifting to English or Italian to give its wit and formal play more international cachet. If you’ve never encountered Guitry, this is a plausible place to start. The all-star cast also includes Marcel Dalio, Claude Dauphin, and Jean-Louis Barrault. In English and subtitled French and Italian. 100 min. (JR) 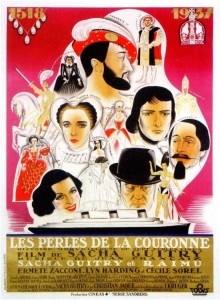