This is the first of my bimonthly columns written for Cahiers du Cinéma España, which ran in their first issue (May 2007). Not coincidentally, it was at the same Mar del Plata festival described below that the magazine’s director, Carlos F. Heredero, and its editor-in-chief, Carlos Reviergo, invited me to write this regular column. — J.R.

My seven trips to Argentina over the past eight years began when the Buenos Aires branch of FIPRESCI, the international film critics organization, brought me there to give some lectures in the fall of 2000. The couple who became my host and hostess, critics Quintín and Flavia de la Fuentes, invited me back half a year later after Quintín became director of the Buenos Aires Festival of Independent Film, a remarkable event sponsored by the city every April. Quintín held the job for four years, and it quickly became, to my knowledge, the only festival to be organized socially as well as intellectually around the principles of film criticism. The programming gave as much attention to older films (especially difficult-to-see classics imported from the Cinémathèque Française by Bernard Benoliel, such as Rossellini’s sublime India) as to new ones, and the books they published, starting with a translation of my own Movie Wars: How Hollywood and the Media Limit What Films We Can See, tended to be polemical interventions. I eventually began an annual program of my own there called “El club de las películas perdidas” [in English, Lost Cinema] in which critics, filmmakers, and programmers were invited to show and discuss favorite films on video, some of them illegal. (The titles weren’t even listed in the festival catalog, which contained only teasing hints and clues.) Overall, what I found most exciting at BAFICI was the discovery that during an economic crisis, an interest in an aesthetically radical cinema could actually grow, judging by the sizable weekday afternoon crowds that came to such films as Béla Tarr’s Sátántangó and Straub-Huillet’s Operai, Contadini.

The year after Quintín’s lamentable departure from BAFICI, I was invited to Mar del Plata’s festival, which has been around (with a few interruptions) since the 50s. This year I was invited back by Quintín to speak at a symposium titled “Cinema of Tomorrow,” joined by five colleagues — Álvaro Arroba (Spain), Emmanuel Burdeau (France), Cristina Nord (Germany), Mark Peranson (Canada), and Peter van Bueren (Netherlands).

The symposium was organized so that the presentations over three days had a logical development. First came two pessimistic analyses of the way film festivals operate by van Bueren and Peranson; Peter did an acerbic analysis of how good films tend to get lost in the program booklets, while Mark did an equally informative lecture about how festivals operate in general, including the diabolical role played nowadays by sales agents. The second day featured looks at contemporary trends in films by Emmanuel, from the Paris Cahiers du Cinéma (who emphasized themes of globalization in films by Abbas Kiarostami, Hou Hsiao-hsien, and Jia Zhangke, among others) and Cristina Nord from Berlin (who offered fascinating comparisons between new Argentinean cinema and new German cinema, both strengthened as well as hampered by the task of coping with a dark political past). And on the final day were two rather optimistic analyses of contemporary cinephilia by Alvaro and myself. (My own paper was derived from an article that had just appeared in Film Quarterly, “Film Writing on the Web: Some Personal Reflections,” although as I interjected at one point, a more accurate title might have been, “Film Writing in English on the Web.”)

After Cristina’s paper, I was fascinated by Quintín’s provocative observation that Clint Eastwood’s Flags of Our Fathers and Letters from Iowa Jima are both essentially posthistorical films —- the first by having been made in a style that suggests a vantage point situated somewhere in our theoretical future (that is, after 2006-2007), the second by having been made in a style that was post-40s yet still in our past, i.e. the 1950s or 1960s. Inside the time warp that any film festival embodies, the remark seemed all the more pertinent. 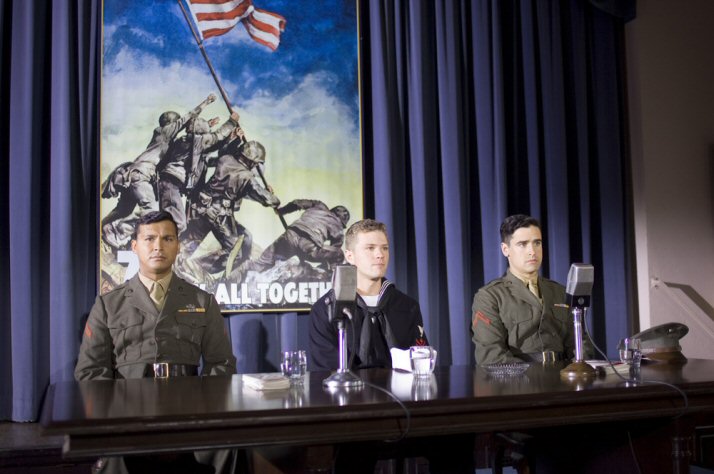