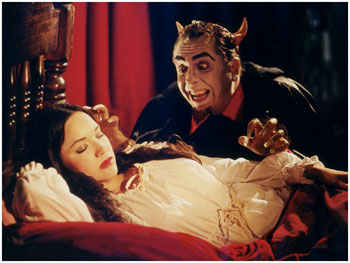 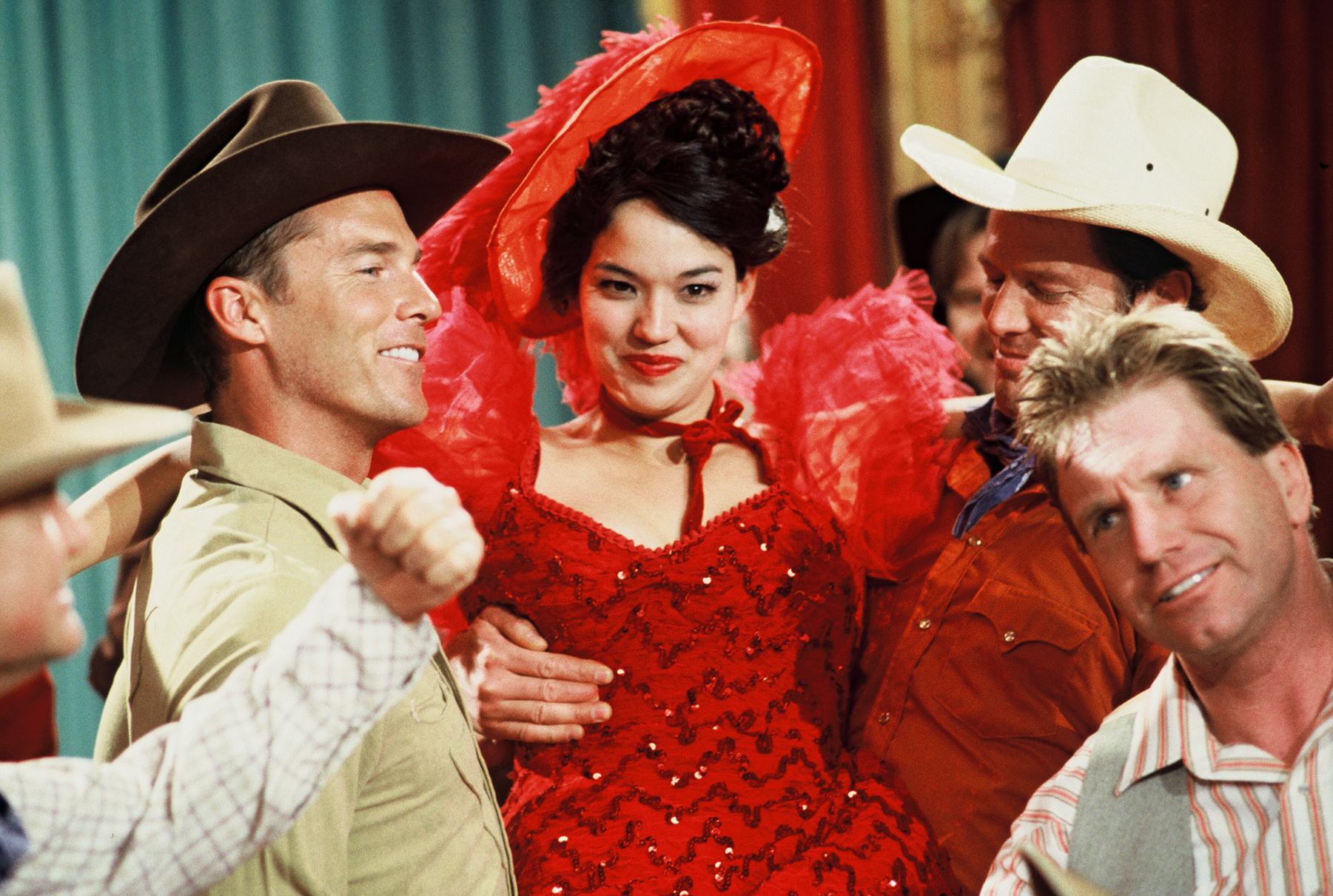 Two of the more interesting programs that I saw at the just-concluded Torino Film Festival consisted of films by LA filmmaker and Cal Arts alumnus Anna Biller, who writes, directs, stars in, designs the costumes and sets for, and sometimes helps to perform the music in her films, none of which has a distributor at this point. Her first feature, Viva (2006), is a pastiche of 1970s soft-core porn, theoretically reconfigured to support a woman’s viewpoint — an interesting curiosity, but a bit long for my taste (at 120 minutes, longer than any ’70s soft-core flick that I’m aware of), and perhaps not sufficiently aware of its own grotesqueness to qualify as either a critical commentary on its elected genre or as a wholly convincing entry in that genre.

I found her program of earlier 16mm shorts more interesting: Three Examples of Myself as Queen (1994), The Hypnotist (2001 — her only film in which she doesn’t act and which she didn’t write herself, written instead by her partner and frequent collaborator Jared Sanford), and, above all, A Visit from the Incubus (2001, see photos above), a 27-minute horror-western-musical that I regard as her masterpiece. (It’s worth adding that all her films apart from The Hypnotist contain musical numbers; Viva (see photo below) virtually ends with an homage to the opening number in Gentlemen Prefer Blondes, which is also referenced in Les Demoiselles de Rochefort.) 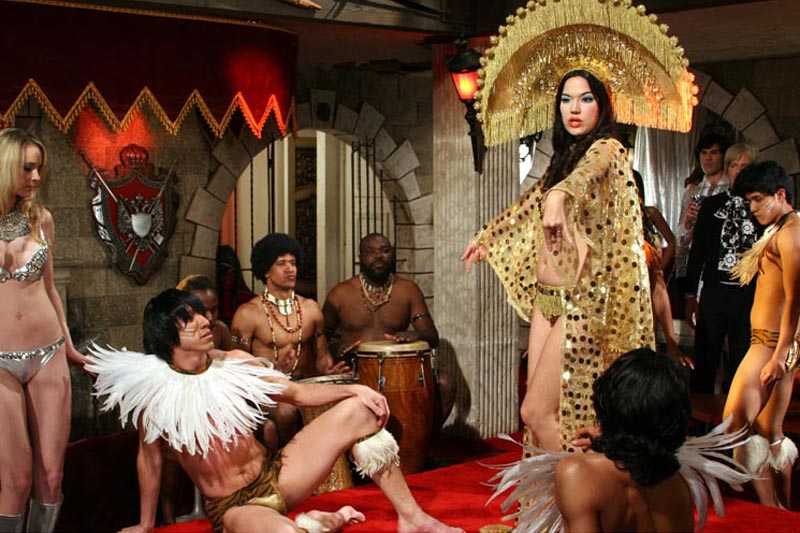 All her films are fascinated with kitschy décor and costumes, and all of those that Biller stars in are clearly dress-up fantasies (Three Examples of Myself as Queen is especially evocative of Jack Smith, albeit with somewhat better production values). But only A Visit from the Incubus carries the full force of what appears to be a personal allegory. Biller’s wild-west heroine gets ravished every night in her nightmares by the demonic incubus until she decides to apply for a job singing at the local saloon — where, as she eventually discovers, the incubus is doing a song-and-dance routine of his own. But his number bombs with the rowdy cowboy audience, while hers — which visually suggests Tex Avery’s Red Hot Riding Hood — brings the house down, routing the incubus for good. 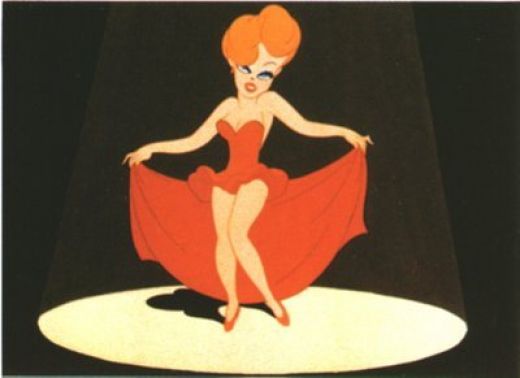 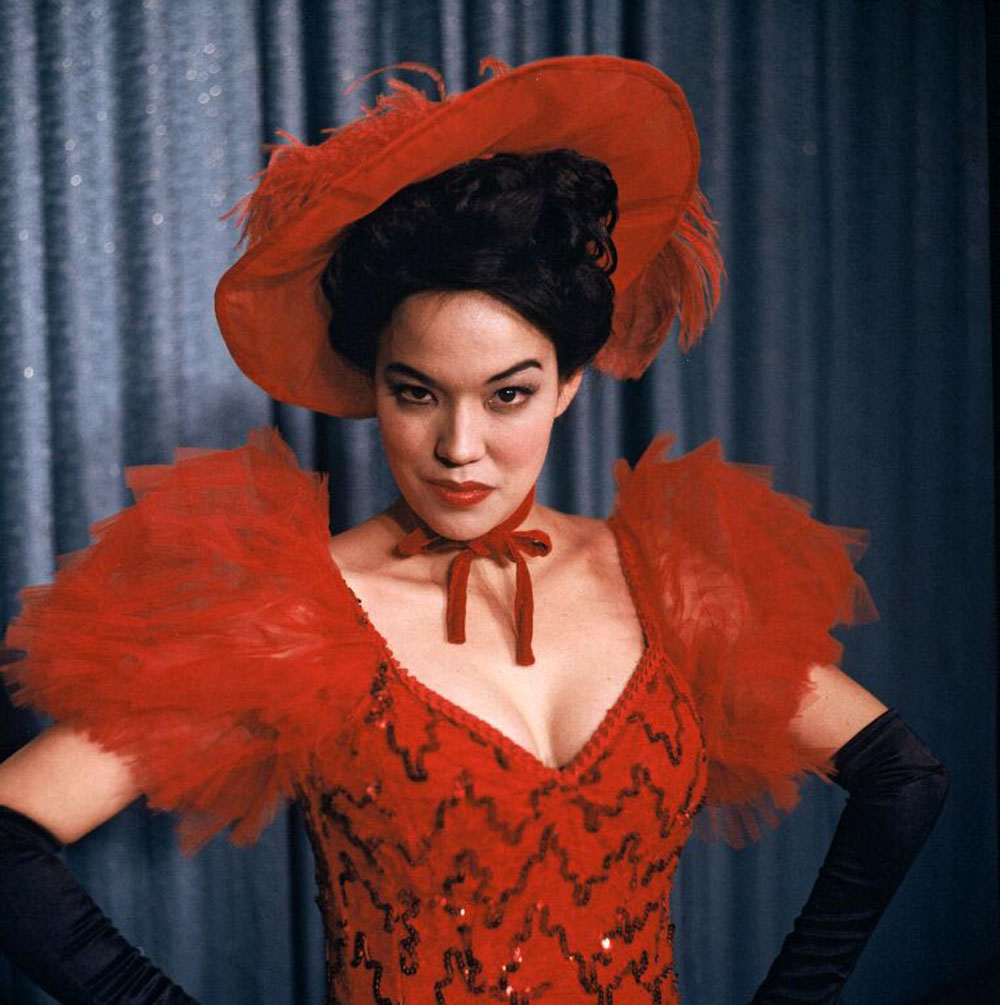