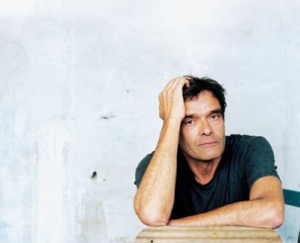 The paradox is that Farocki is probably more important as a writer than as a filmmaker, that his films are more written about than seen, and that instead of being a failing, this actually underlines his significance to the cinema today and his considerable role in the contemporary political avant-garde. . . . Only by turning itself into “writing” in the largest possible sense can film preserve itself as “a form of intelligence.”

The filmography of Harun Farocki — a German independent filmmaker, the son of an Islamic Indian doctor   — spans 16 titles and 21 years. To the best of my knowledge, only one of his films (Between Two Wars) has ever shown in North America before now. A traveling group of 11 films put together by the Goethe-Institut began showing in Boston last November and this April will reach Houston, the last of the tour’s ten cities. Read more

“I was able to spend my 19 days there less as a tourist than as a part of everyday life in Taipei,” said Rosenbaum, who was in New York this past week for the retrospective “Also Like Life: The Films of Hou Hsiao-hsien” at the Museum of the Moving Image. Read more