Scent Of A Woman

Al Pacino’s winning entry in the disability Oscar sweepstakes, with plenty of reminders of Dead Poets Society to take up the slack once it runs out of ways of emulating Rain Man. Among the able hands in this scurrilous, overlong enterprise are screenwriter Bo Goldman, producer-director Martin Brest, and costar Chris O’Donnell; the plot, a very loose Americanized remake of a 1975 Dino Risi comedy, transpires over a Thanksgiving weekend, when a scholarship student (O’Donnell) at an expensive New England prep school, wrestling with an anguished crise de conscience (he’s being pressured to inform on classmates), is hired to take care of a blind retired lieutenant colonel (Pacino), who drags him along to Manhattan on a wild, expensive weekend. An irascible bully who proves to have a heart of gold, Pacino’s character seems manufactured by a computer programmed with box-office grosses, and it’s disheartening to find a movie that professes to take a stand on behalf of personal integrity ripping off Chaplin’s theme song from City Lights without credit to generate some of its pathos. Given the talent on board, there’s an undeniable flair and effectiveness in certain scenes (such as Pacino dancing the tango with a stranger in a posh restaurant), but the meretricious calculation finally sticks in one’s throat. Read more

Written for Criterion‘s DVD and Blu-Ray of The Immortal Story, released in 2016. — J.R. 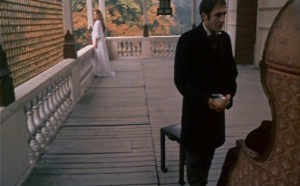 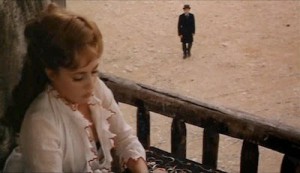 Where the story-teller is loyal, eternally and unswervingly loyal to the story, there, in the end, silence will speak. Where the story has been betrayed, silence is but emptiness. But we, the faithful, when we have spoken our last word, will hear the voice of silence…

Virginie had a taste for patterns; one of the things for which she despised the English was that to her mind they had no pattern in their lives. She frowned a little, but let Elishama go on. “Only,” he went on, “sometimes the lines of a pattern will run the other way of what you expect. As in a looking-glass.”

“As in a looking-glass,” she repeated slowly. 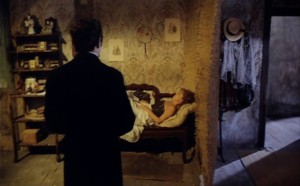 Aside from William Shakespeare, no writer excited Orson Welles’ imagination more than Isak Dinesen (1885-1962) — a Danish baroness who wrote mainly in English — especially when it came to the films he wanted to make. Read more