Death of a Cyclist 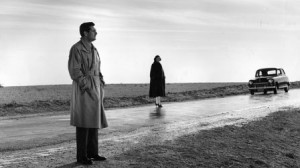 Ironically, Juan Antonio Bardem (1922-2002) might be better known today as the uncle of actor Javier Bardem than as the master of sound and image that he is. Antifascist filmmakers who stuck around during Franco’s reign are often forgotten outside Spain — unlike Luis Buñuel, who came back just long enough to make a few films and then left again. A communist, Bardem stayed, struggled, and was jailed more than once; he was in prison when he won an award at Cannes for this creepy, claustrophobic 1955 melodrama. An adulterous couple (Alberto Closas and Lucia Bose) in a country-club milieu accidentally run over a cyclist and flee out of fear that their relationship will be revealed; their guilty paranoia opens many sores while awakening the man’s social conscience. As in Bardem’s still greater Calle Mayor (1956), Death of a Cyclist follows the antifascist strategy Henri-Georges Clouzot used in Le Corbeau for Vichy-era France, transposing the ugliness of power relations in a repressive society to the spheres of sex and gossip. In Spanish with subtitles. 99 min. a Wed 1/24, 5:30 PM, and Thu 1/25, 9:40 PM, Music Box. 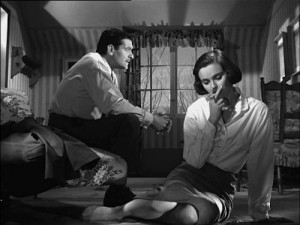