From the Chicago Reader (April 30, 2004). It’s great to catch up with Andrey Zvyagintsev again a decade later, thanks to his wrenching and politically caustic Leviathan. — J.R. 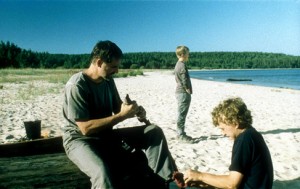 Beautifully structured and emotionally wrenching, this 2003 debut feature immediately establishes Russian filmmaker Andrey Zvyagintsev as a master. It charts a father’s uneasy return to his wife and two adolescent sons after a long and unexplained absence, a reunion capped by his ill-fated fishing trip with the two boys. A former actor, Zvyagintsev elicits first-rate performances from his male leads, but what registers most is the sharpness and intensity of his vision of nature and childhood experience. Nominated for an Oscar and winner of the Golden Lion at the Venice film festival, this has been described by the director as “a mythological look [at] human life,” as accurate a description as any I’ve encountered. In Russian with subtitles. 106 min. Music Box. 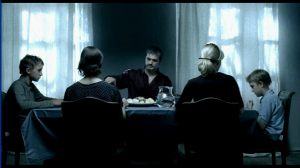