The Jester And The Queen 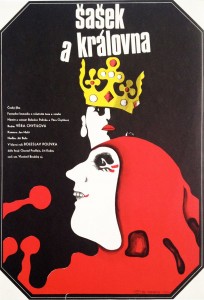 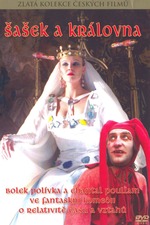 Since the 1960s, when she did brilliant, radical work (Something Different, Daisies, Fruit of Paradise) that arguably made her the most inventive living Czech filmmaker, Vera Chytilova has had a checkered, uneven career. This is in part because, unlike such compatriots as Passer and Forman, she chose to remain in her country, where her work has ranged from bouncy sitcom (The Apple Game) to fairly unabashed state propaganda (Prague) to more ambitious fare (Prefab Story). This feature — adapted by her and Bolislav Polivka from a comic stage piece he wrote, and starring Polivka (a gifted mime) and his real-life wife Chantal Poulainova — is probably Chytilova’s best since the 60s. A quixotic custodian of a castle (Polivka) serves as a guide to a German tourist (Jiri Kodet) and his French fiancee (Poulainova); he imagines himself as a medieval court jester, with Poulainova as queen, and the film switches back and forth between the real characters and their fantasy counterparts. As eclectic and as aggressive a stylist as Charles Mingus, Chytilova employs wide-angle lenses, dizzying camera movements, and restless editing; as in Daisies, her fascination with power and gender roles projects a dangerous, Dionysian sexuality, and the trilingual dialogue spoken by the three leads adds complexity to the proceedings. Although Chytilova has never been especially strong as a storyteller, the savage wit and passion of this erotically charged fantasy-psychodrama and the flash of the extravagant performances certainly keep things buzzing. (JR) 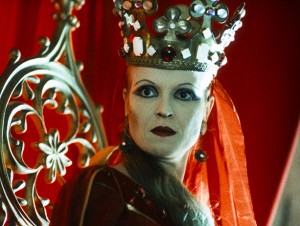 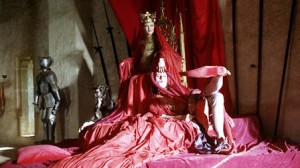