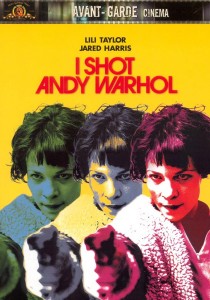 This 1996 American independent feature by Mary Harron, written with Dan Minahan, is so good at re-creating the appearance of Warhol and his 60s milieu that I was almost completely won over — that is, until a closing title called Valerie Solanas’s SCUM Manifesto a feminist classic. Having gone out out of its way to persuade the audience that Solanas was a raving lunatic, the movie ends by calling her a visionary. But having things both ways characterizes just about every facet and offshoot of the Warhol industry, so I guess this movie shouldn’t be castigated for the same principled (and often instructive) confusion. Lili Taylor turns in a good performance as Solanas, and almost as impressive are Jared Harris as Warhol, Stephen Dorff as Candy Darling, and Michael Imperioli as Ondine. If you want to know what the Warhol scene was all about, this is even better than the documentaries. With Martha Plimpton, Danny Morgenstern, and Lothaire Bluteau (as the nefarious Maurice Girodias). (JR) 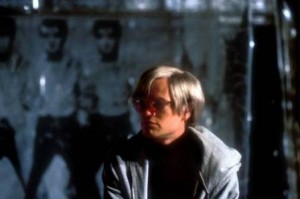