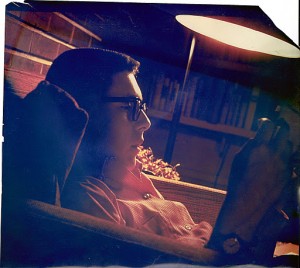 This column, which will alternate with Phil Stanford’s, is to be devoted to reviews of movies, television programs, and the occasional plays put on in the Tri-Cities.

Before I start, I’d like to set down a couple of standards I plan to go by in the forthcoming weeks.

1. I don’t intend to ever compare movies with television, or vice versa. The two things are separate fields, and I plan to view them separately.

2. I don’t consider myself a ruthless reviewer, but if I happen to see a movie or TV program I don’t like I won’t hesitate to say so. So please keep in mind that the opinions expressed here are my own, not The Stimulator‘s.

Whenever the movie studios found that the public flocks to see a certain kind of movie, they make enough of that kind to eventually sicken everybody. Therefore, since horror movies have drawn large teenage crowds, they’re now coming out by the dozens. Already How To Make a Monster and How to Murder a Rich Uncle (“The Ultimate in Do-it-Yourself Entertainment”) have been released, and right now a studio is making I Married a Monster from Outer Space. If the fad keeps up, we might as well see in the future such items as Grandmother of Frankenstein and I Was the Brother-in-Law of a Teenage Werewolf from Outer Space for the F.B.I. 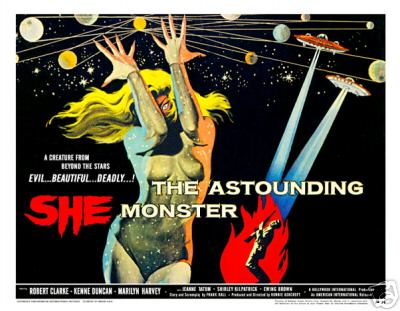 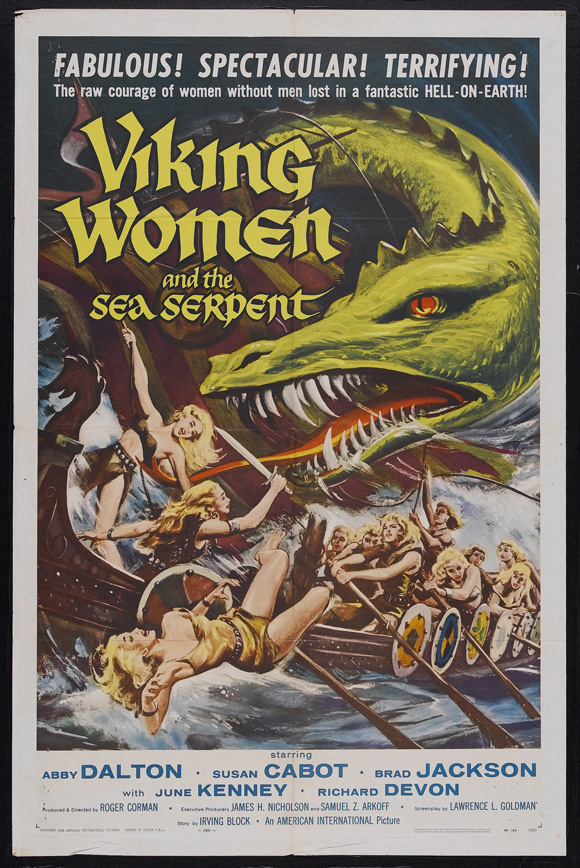 In the meantime, we have such pictures as The Astounding She-Monster and The Viking Women and the Sea Serpent. Both pictures, which recently showed in the Tri-Cities, are pretty ridiculous, as one might suspect. In the second, the one scene that I can remember the best is that one when a courageous Viking kills a sea serpent the size of a castle by throwing a bread knife into his nose. 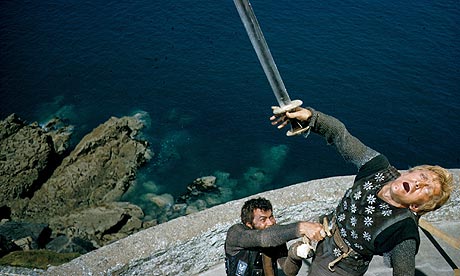 The Vikings is far from being a horror picture, but it is certainly one of the goriest pictures ever made. Throughout the course of the movie, Kirk Douglas gets an eye torn out by a falcon, Ernest Borgnine gets thrown into a pit of hungry wolves, and for comic relief Tony Curtis gets his hand cut off by a sword, plus many other charming incidents. But despite the tendency of this movie to seem like one long cruelty joke, it is a very exciting and beautifully photographed movie. Many of the scenes are quite dramatic, and the final battle scene will long be remembered. 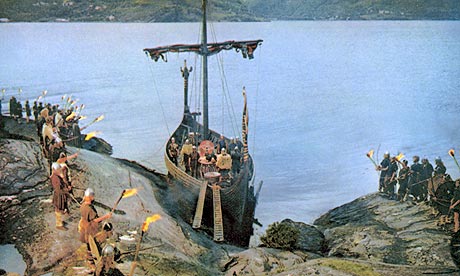 The play on Studio One, September 15, entitled No Place To Run, was a combination of able acting with an over-familiar plot. The story is that of the problems of communication between a father and son, and further complications when the father is about to be blackmailed. I think it would have been much better if the entire blackmail business was left out, but as it stood, James P. Cavanagh’s teleplay never seemed to focus on one theme, and as a result the total effect was blurred. However, the acting was done quite capably, particularly by Harry Townes and Buzz Martin.