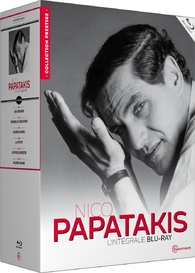 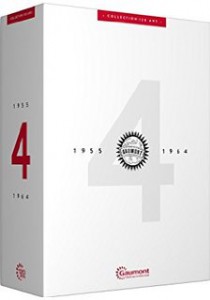 To celebrate its 120 years of activity in the film industry, Gaumont has published a series of nine beautiful box sets that summarize the whole history of cinema. Divided by decades, the box sets consist of twenty to thirty-five DVDs with the most representative films marked with a daisy symbol. The editions include films made by Alice Guy, Louis Feuillade, Dreville, Duvivier, Gabin, Louis de Funès, Pialat and Deville but also masterpieces made by Losey, Fellini or Bergman that the French company co-produced. Read more

The underrated James Foley (After Dark, My Sweet) shows an excellent feeling for the driven and haunted jive rhythms of David Mamet, macho invective and all, in a superb 1992 delivery of his tour de force theater piece about desperate real estate salesmen, adapted for the screen by Mamet himself. Practically all the action occurs in an office and a Chinese restaurant across the street, and Foley’s mise en scene is so energetic and purposeful (he’s especially adept in using semicircular pans) that the ‘Scope format seems fully justified, even in a drama where lives are resurrected and destroyed according to the value of offscreen pieces of paper. The all-expert cast consists of Al Pacino, Jack Lemmon, Alan Arkin, and Ed Harris (labor), Alec Baldwin and Kevin Spacey (management), and Jonathan Pryce (a customer); the wholly appropriate jazz score, with fine saxophone solos by Wayne Shorter, is by James Newton Howard. 100 min. (JR)