This in-depth 1997 look at everyday life in Chicago’s Ida B. Wells housing project, running 195 minutes, is one of Frederick Wiseman’s greatest documentaries to date. Few of the points in its epic analysis are obvious ones; though it gives the overall impression that public housing is like living in a concentration camp, the film favors exploration and understanding over finger-pointing and polemicizing. Wiseman presents a wide array of materials, and because you have to reflect on the film to realize how the various pieces of its design hang together, you’re liable to be thinking about it for months afterward. Wiseman will attend the screening, and the following afternoon, Saturday, November 7, at 1, he’ll take part in a panel discussion at the Film Center chaired by Studs Terkel and featuring CHA and other officials. Film Center, Art Institute, Columbus Drive at Jackson, Friday, November 6, 6:00, 312-443-3737. –Jonathan Rosenbaum 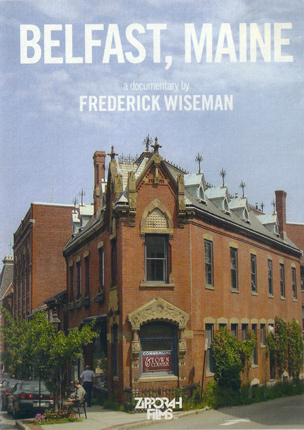 Frederick Wiseman’s patient, four-hour unpacking of a small town in Maine confirms the impression of his previous masterpiece, Public Housing: that the masterful documentarian of High School (1968) and Welfare (1975) has now become a masterful essayist. Or maybe he’s been an essayist all along but has lately begun exercising his intelligence and organizing his documentary materials in increasingly subtle and nondidactic ways. What seems different and special about his recent work is its avoidance of easy theses. He picked as his subject this seaside community of 6,000 inhabitants, 99 percent of them white, because he lived a few miles away. He explains his approach as follows: “To document both change and continuity brought about by economic pressure on everyday life in Belfast, I examine its institutions and everyday practices. I also take a look at places where people interact: family life, commerce, public services, and public places.” My favorite scene is a high school teacher’s brilliant lecture on Moby-Dick that throws a great deal of light on everything else, but a lot of what I remember most vividly is the documentation of the daily work involved in preparing and packaging seafood — none of it boring to watch. Read more 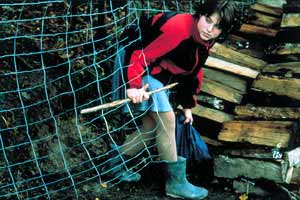 Given the isolationism of Americans, which seems to grow more pronounced every year, an event like the Chicago International Film Festival has to be cherished. This year it’s offering the city 108 features from 31 countries — 32 from the U.S. and 76 from elsewhere, 49 of them U.S. or North American premieres, as well as five programs of shorts and five tributes. Consider them cultural CARE packages, precious news bulletins, breaths of fresh, or stale, air from diverse corners of the globe — even bad or mediocre foreign movies have important things to teach us. However you look at them, they’re proof that Americans aren’t the only human beings and that the decisions Americans make about how to live their lives aren’t the only options — at least not yet. Read more