I’ve lost track of when I originally posted this, but it may have been on March 21, 2012. In any case, the English version of this collection is now available. — J.R.

This book has clearly been a long time coming. Like Pedro Costa and (the otherwise very different) Alain Resnais, Jean-Marie Straub and the late Danièle Huillet should be regarded as film critics and film historians who aren’t really writers in any ordinary sense. (Resnais’ critical and historical gifts, I would argue, are mainly apparent in his films rather than in his interviews.) When I curated the last American retrospective of Straub-Huillet’s work to date almost thirty years ago, the accompanying catalogue of essays that I put together to accompany this event, partially with their advice and assistance, included a lengthy section entitled “Straub and Huillet on Filmmakers They Like and Related Matters,” drawn from a dozen separate sources and translated, when necessary, by me — not always gracefully, I’m sorry to say. (I’ll be posting my lengthy Introduction to this catalogue a couple of days from now.)

Although it’s beyond my current means to reproduce the entirety of “Straub and Huillet on Filmmakers They Like and Related Matters” here (I wish I could), I can offer a sampling from it below, some of which appears in their original French in Écrits (e.g.,… Read more »

This is a story initially written, as I recall, during the summer of 1959, as I was preparing to leave Alabama for a boarding school in Vermont, although the version I’m posting here, most likely revised, was printed in the school’s literary magazine in June 1961, around the time of my high school graduation. I’ve done some light editing. The illustrations, which I realize are not always precisely congruent with the story, are gleaned from the Internet. This story is the last in a series of three to be posted on this site, all fantasies and all written when I was in high school . — J.R.

It happened near the end of summer, which is when I guess a lot of changes take place. The three of us, Mickey, George and I, were out at Mickey’s family camp on the lake, swimming and doing our best to forget that we only had two more days before we went off to start our first year at college.

The sun was hot and white that day, but the lake was dark and cool.… Read more » 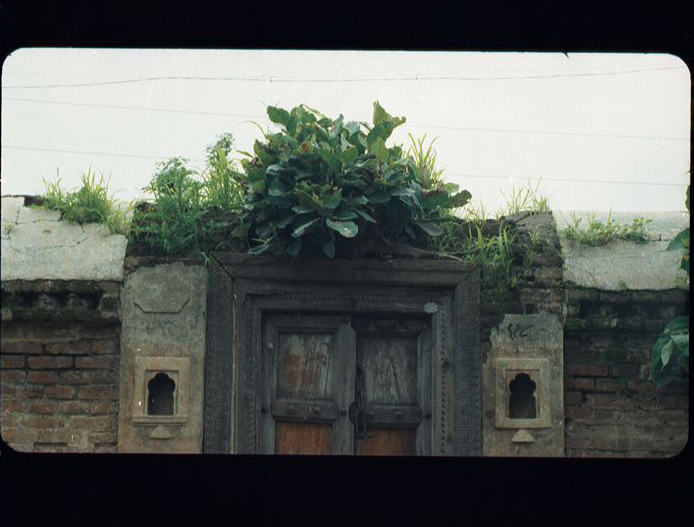 Now that 35-millimeter appears to be a format whose pleasures are being overlooked or forgotten, especially in the realm of short films, the sensual pleasures of Amit Dutta’s 22-minute To Be Continued (Kramasha) seem all the more precious. A good many of these have a lot to do with camera movements (tracks and pans and cranes, which include not only Resnais-like explorations of architectural ruins and ancient statuary, but also, at one strange juncture, semicircular, pendulum-like oscillations around portions of a tree, on the edges of which many people are seated); multilayered deep-focus compositions reflecting diverse aspects of the same ruins (with door frames and window frames often serving as lenses, and eccentric overhead angles often predominating); vibrant colors; and a musical feel for editing.

It must be admitted that this surfeit of delights poses certain narrative problems for some spectators. On a first viewing, one has the impression that some of the narrative premises keep shifting and developing so rapidly that one often feels stranded. But the principal reason for this is that the viewer’s imagination is constantly being solicited to add details to the onscreen images: when one hears sounds (thunder and rain, a purring cat) that don’t correspond to what one sees, yet another layer to the complex mix is added.… Read more »