THE GHOST THAT NEVER RETURNS (1976 review) 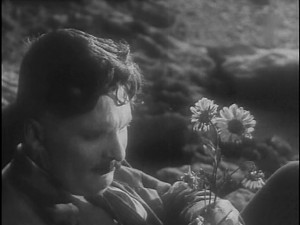 In an unidentified South American country, José Real is serving a life sentence for having led an oilfield workers’ strike ten years earlier. After another prisoner breaks away from guards to tell him that the prison governor has a letter from his wife, and then leaps to his death, Real leads a revolt among the prisoners. The governor orders that they be sprayed with hoses; the revolt subsides, and Real is locked into a narrow cupboard. Conferring with the chief of the secret service, the governor recalls the regulation whereby a prisoner who has served ten years is entitled to one day’s liberty and decides to grant this to Real, with the understanding that he will be killed at the day’s end for trying to ‘escape’. After being shown his wife’s letter and hearing from a newly arrived prisoner that a new strike is planned at Hillside Well, Real agrees to go. Five days later – after news of his imminent arrival has reached his family, their neighbors and the oilfield workers — he sets out, warned that no one who has taken this leave has ever made it back alive.… Read more »

From Film Society Review (Vol. 4, No. 5, January 1969) — the first magazine, apart from school and college publications, where I ever published film criticism, for a total of three issues. This was my third and final piece for them. — J.R. 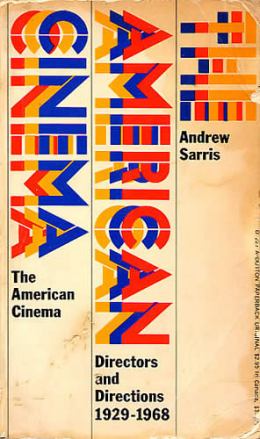 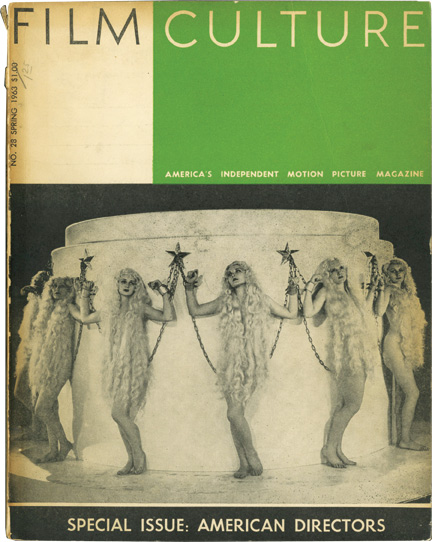 Ever since it came out, I have been stubbornly holding on to the Spring 1963 issue of FILM CULTURE, which features a 68-page extravaganza by Andrew Sarris entitled THE AMERICAN CINEMA. ‘Extravaganza’, is not, I think, an overblown word to use here: the program includes detailed descriptions, evaluations and filmographies of over 100 film directors, with a supplementary list of more than 150 “Other Directors” and a “Directorial Chronology” of American films from l9l5 to 1962. At the time, the very fact that one man had seen enough movies to reach this kind of astronomical overview was staggering enough. Just as challenging — and in its own way, unnerving — were the nine categories under which the first hundred-odd directors were pigeon-holed: “Pantheon Directors,” “Second Line,” “Third Line,” “Esoterica,” “Beyond the Fringe,” “Fallen ldols,” ”Likable But Elusive,” “Minor Disappointments” and “Oddities and One Shots” — an almost metaphysical ordering of the American movie universe that looked so painstaking it was painful — and rather threatening, I believe, even to some of the most veteran of moviegoers.… Read more »