From American Film (February 1979). This article was specifically conceived as a sort of sequel/companion-piece to “Aspects of the Avant-Garde: Three Innovators,” an article published in American Film almost half a year earlier. This plan was undermined in various ways by the editors, who gave it a title derived from a middle-class French comedy of the period  (“Jean-Luc, Chantal, Danièle, Jean-Marie, and the Others”) that caused Akerman herself to reproach me for the piece (assuming that I’d dreamed up that title myself). I no longer recall what my original title was, but I’ve tweaked this piece in a few other minor ways to make it a little less unbearable to me. (By and large, most of my articles written for American Film qualified at least partially as hackwork done to pay my rent.) — J.R.

If American avant-garde films are often chancy to come by, even the most exciting European examples are apt to be regarded in this country as only distant legends. To cite one characteristic but scarcely isolated phenomenon: The welcome once given by the New York Film Festival to the works of Jean-Luc Godard and the team of Jean-Marie Straub and Danièle Huillet hasn’t been extended to any of their recent films, and none of the movies of Chantal Akerman has have ever been shown here.… Read more » 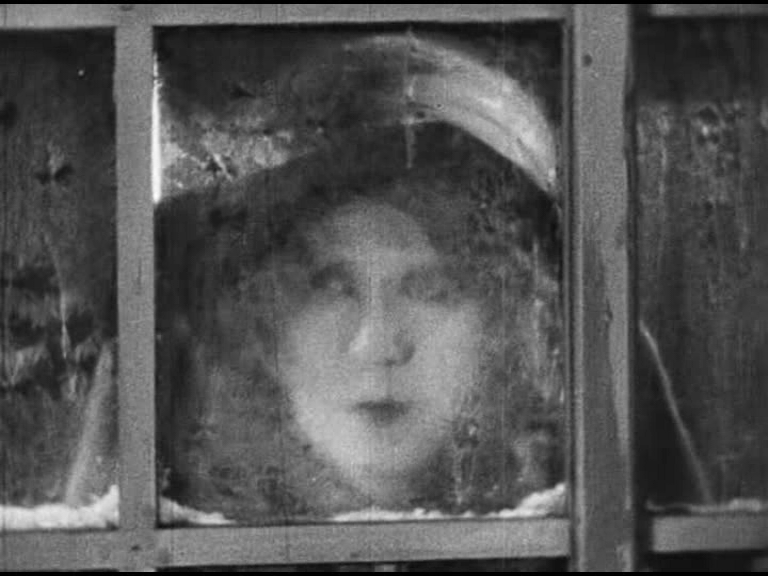 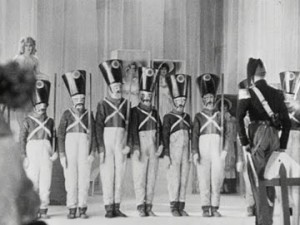 Claude H eymann. Simone Hamiguet. Sc–Jean Renoir. Based on the

Snowfall. She gazes wistfully at a handsome young man emerging

from a restaurant, then looks through a frosted pane at the people

eating inside until boys throw snowballs at her. As she gathers up her

spilled boxes a policeman arrives, and together hey look at a display

of dolls and other toys in a shop window. After lighting matches in

an effort to warm herself, she falls asleep and dreams that she enters

them all in motion.… Read more »