Has anyone ever commented on the symmetries between A Letter to Three Wives and The Honey Pot? Having just reseen the former on “the first Saturday of May” (a key phrase in the film) a short time after reseeing the latter, I’m thinking not only of the similar letters sent to three former girlfriends in The Honey Pot, but also of the numerous guessing games and various false-herring clues liberally scattered through the clever dramaturgy of both films, not to mention the respective roles played by Shakespeare (Twelfth Night) in the earlier comedy and Ben Jonson (Volpone) in the latter movie. Of course the differences are just as important as the similarities: the three wives are all friends and the letter sent to them is from an unseen narrator who propels the action; the three girlfriends are rivals and summoned to Venice by a very present Rex Harrison. But the attraction for Mankiewicz of returning to the principle of three women (with an absent temptress and Maggie Smith playing the respective roles as jokers) must have been irresistible. [5/7/22] 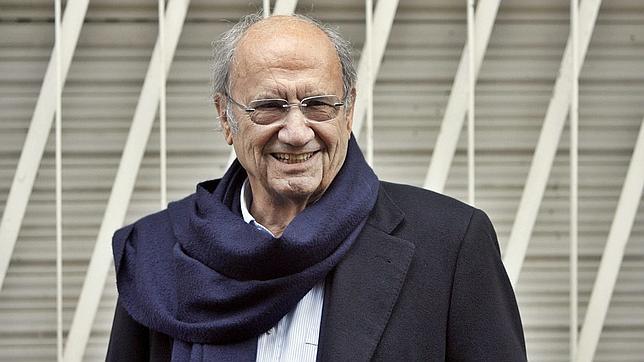 Born into a family of industrialists in Barcelona in 1929, Portabella has remained closely tied to that city’s art scene for most of his life, especially as a patron and friend of other Catalan artists. One of these was Joan Miró, the focus of a major retrospective at the Tate Modern this summer and the subject of five of Portabella’s shorter fiIms from the late 1960s and early 70s. (The two I’m most familiar with are Miró L’Altre, chronicling the artist’s painting and subsequent erasing of a mural at the Colegio de Arquitectos de Catalunya, and Miró 37/Aidez L’Espagne, which similarly explores a ‘making’ and ‘unmaking’, this time of Spain itself during the mid-1930s, via newsreel footage.)… Read more » 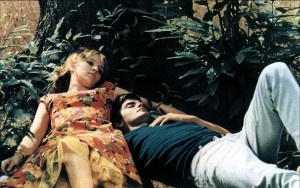 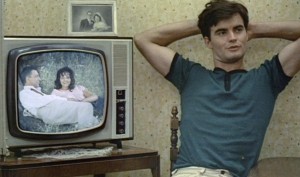 In 1952 beat painter and filmmaker Alfred Leslie wrote a play based on an argument he witnessed between art critic Clement Greenberg and abstract expressionist painters at a celebrated hangout in Greenwich Village. The text was lost in a 1966 fire that also consumed most of Leslie’s paintings and films, but 20 years later he reconstructed it from memory and added songs, and in 1997 a staged reading was videotaped with three cameras. Leslie found the results visually boring, so he decided to insert an enormous quantity of found footage from newsreels, porn films, and Hollywood movies, either to illustrate or to play against the ongoing discussion. The opening clip, a clown singing in squawks and squeaks that are subtitled with some invective from critic Hilton Kramer, sets the tone perfectly; like many fine filmmakers who’ve worked with found footage in recent years (such as Jean-Luc Godard and Mark Rappaport), Leslie is an expert indexer, and his taste for the silliest, sexiest, and most surreal manifestations of American culture is so infectious that the debate about artists and critics in this 2001 video improbably becomes infused with joy. 84 min. (JR) Leslie, the festival’s guest of honor, will attend the screening to introduce and discuss his work.… Read more »