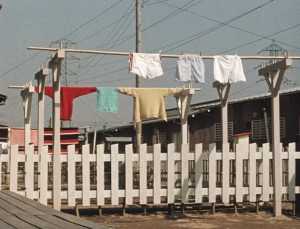 Unfortunately, Richie’s division of Ozu into successive stages of ‘creation’ inevitably leads to the erection of a Platonic ideal, an all-purpose model of ‘the’ Ozu film — an unrigorous model indeed when what one concretely has to contend with are films, each with its own peculiar set of conditions and stresses. Since Richie has more production details about the later films, these tend to dictate most of the dimensions of the model, and the lost films implicitly become subsumed in the same homogenising process whenever Richie speaks about the entire body of the work. The usual approach is to lump together examples of certain aspects or procedures, leading to the formulation of such generalities as ‘the Ozu family’. This results in a profusion of catalogues, some quite nonsensical in presumed meanings and applications: ‘Another pastime to which the Ozu family is addicted is toenail cutting, an activity which seems worth mentioning because it occurs possibly more often in Ozu’s pictures (Late Spring, Early Summer, Late Autumn) than in Japanese life.’ In the long run, individual works are made to seem important or unimportant insofar as they help or fail to exemplify the hypothetical model.

Not All Angels Have Wings: Notes on Masumura’s RED ANGEL

This is my text, read aloud for an audiovisual essay on Arrow Films’ new digital release of Red Angel.Due to a technical glitch in my sound recording, Arrow had to omit the last portion of my narration, which is retained here, — J.R.

Hello. My name is Jonathan Rosenbaum and I’m a Chicago-based film critic. Thanks to a research project that I embarked on in the late 1990s, and which I was able to pursue in both the United States and in Japan, I estimate that I’ve been able to see around 40 of Yasuzo Masumura’s 55 features. These 55 features were all made between 1957 and 1982. And on the basis of the 40 or so that I’ve seen, I would offer the generalization that Masumura’s best features often tend to be the ones in black and white and Cinemascope that were made in the 1960s, which was his most prolific period, and that a good many of them star the wonderful young actress Ayako Wakao, whom he first encountered when he was working as an assistant director to Kenji Mizoguchi on the latter’s final feature, Street of Shame, only two years before Masumura directed her in his own second feature, The Blue Sky Maiden.… Read more »

For the beginning of this article, go here. 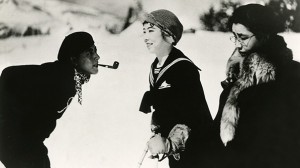 While one could hardly claim that Days of Youth is a major work, it is at the very least an arresting one, and some of its comedy is on a par with the wonderful opening sequence of Passing Fancy (1933) at a naniwabushi recital (when a stray purse gets surreptitiously picked up, investigated, and tossed around like a beanbag by various spectators until the. entire assemblage, reciter included, is dancing about from an attack of lice). One would expect, then, that any serious Ozu scholar would pay some heed to it. Yet all that Richie has done in Ozu — apart from noting at one point that, like all of Ozu’s subsequent films, it shows actors directly facing the camera — is to expand his original commentary on the film (in Film Comment, Spring 1971) from five words (‘A student comedy about skiing’) to seven: ‘Another student comedy,  this one about skiing.’ And if one searches in his book for something about Tatsuo Saito — an actor who went on to play the father in I Was Born, But . . . (1932), and figured centrally in several of the twenty other Ozu films where he appeared — one finds that he isn’t even listed in the index; in fact, the only reference to him in the entire book is the observation that he ‘keeps rubbing his hip during various scenes’ in Tokyo Chorus.… Read more »

From the Summer 1975 issue of Sight and Sound. Due to the length of this piece, I’m running it in three parts. I’ve hesitated for years about reprinting this because of its harshness towards the very amiable and sweet-tempered Donald Richie (1924-2013), whom I eventually met and befriended in Tokyo a quarter of a century after writing this piece (and who generously forgave me for having written it after I offered an apology). Even though I can’t say I agree with everything I wrote here — I’m especially dubious about some of Burch’s arguments (and many or all of the passages I quote here from To the Distant Observer, which he was writing at the time, subsequently got edited out of the manuscript) — it holds up better than I suspected it would, which is why I’m posting it here. I tend to think now that the failings of Richie’s book on Ozu are more institutional than personal — that is, a reflection of his unfortunate virtual monopoly on critical discourse in English about Japanese cinema during that period. — J.R. 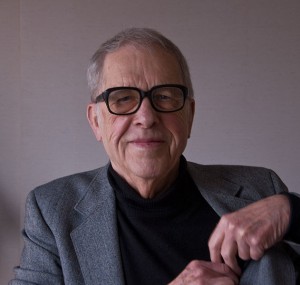 A few years ago in New York, a lecture by Henri Langlois was announced at the Museum of Modern Art under the rough heading — I quote from memory — of ‘Why We Know Nothing About Cinema’.… Read more »