OCCASIONAL WORK OF A FEMALE SLAVE (with Yehuda Safran, 1975)

Cowritten by Yehuda Safran (a lecturer in the philosophy of art with whom I was sharing a flat in Hamstead at the time), and published in the Winter 1974/75 issue of Sight and Sound. It seems fair to say that this review (from the 1974 London Film Festival) is in some ways more Yehuda’s than mine. Note: This film has more recently been called Part-Time Work of a Domestic Slave in some English-speaking countries. -– J.R. 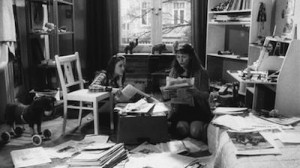 ‘Roswitha feels an enormous power within her,’ Alexander Kluge remarks offscreen at the outset of his latest feature, ‘and cinema teaches her that this power exists.’ The task of making the invisible visible is essentially the project of a director more concerned with social and political history than with film history, who seems to regard his work as a translation of ideas into sounds and images rather than the other way round. What matters is what the words and images ‘say’ and imply in relation to each other -– not their independent formal qualities, but their capacity of modify and explicate a complex experience.

What do Kluge’s opening words say and imply? That film is a means of translating potentiality into actuality, feeling into thought, experience into understanding –- the very problem that Roswitha Bronski (Alexandra Kluge, the director’s sister) is struggling to cope with over the film’s duration.… Read more » 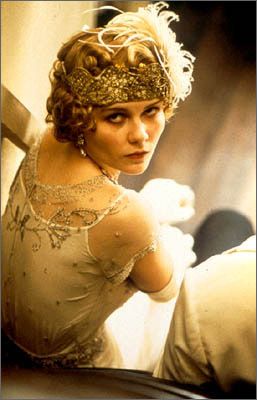 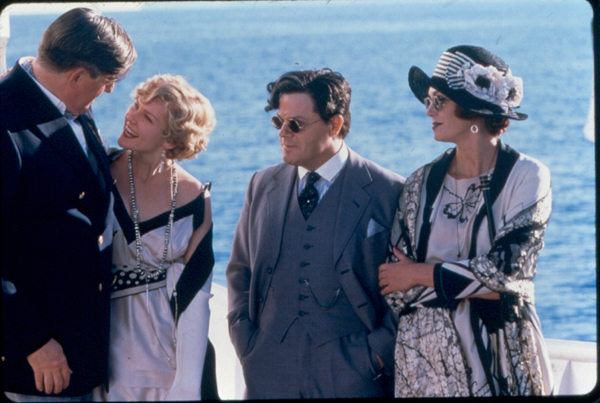 ORSON WELLES: In the original script [of Citizen Kane] we had a scene based on a notorious thing Hearst had done, which I still cannot repeat for publication. And I cut it out because I thought it hurt the film and wasn’t in keeping with Kane’s character. If I’d kept it in, I would have had no trouble with Hearst. He wouldn’t have dared admit it was him.

PETER BOGDANOVICH: Did you shoot the scene?

ORSON WELLES: No, I didn’t. I decided against it. If I’d kept it in, I would have bought silence for myself forever.  — This Is Orson Welles

I edited This Is Orson Welles, a series of interviews Peter Bogdanovich did with Welles, at the request not of Bogdanovich but of Oja Kodar, Welles’s companion and collaborator for the last 20-odd years of his life, to whom Welles had willed the rights. The incident Welles alluded to in this exchange is the subject of The Cat’s Meow, directed by Bogdanovich and adapted by Steven Peros from his own play.… Read more » 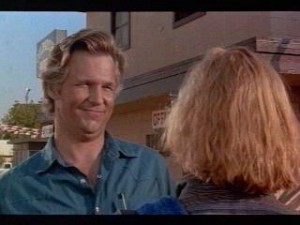 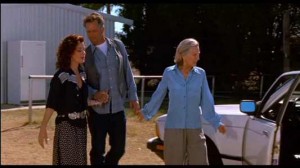 One of the most surprising things about Peter Bogdanovich’s bittersweet, touching comedy sequel to The Last Picture Show (1971) — based, like its predecessor, on a Larry McMurtry novel — is that, far from being a trip down memory lane, it’s largely structured around historical amnesia. The hero walks with a limp and has grown estranged from his wife, and his former girlfriend has lost her husband and son, though the reasons and circumstances behind these and other essential facts go unmentioned: they’re buried somewhere in the forgotten past. The people we last saw in the small town of Anarene, Texas, are now 30 years older, and the only one mired in the past is Sonny (Timothy Bottoms), the town’s mayor, a self-confessed failure and something of a lunatic. His best friend Duane (Jeff Bridges), whose point of view shapes the action — he’s an adulterer who hasn’t slept with his wife Karla (Annie Potts) for some time, and whose main sexual competitor is his own son (William McNamara) — has struck it rich in oil and subsequently run himself millions of dollars into debt while Karla continues to buy condos for their children.… Read more »