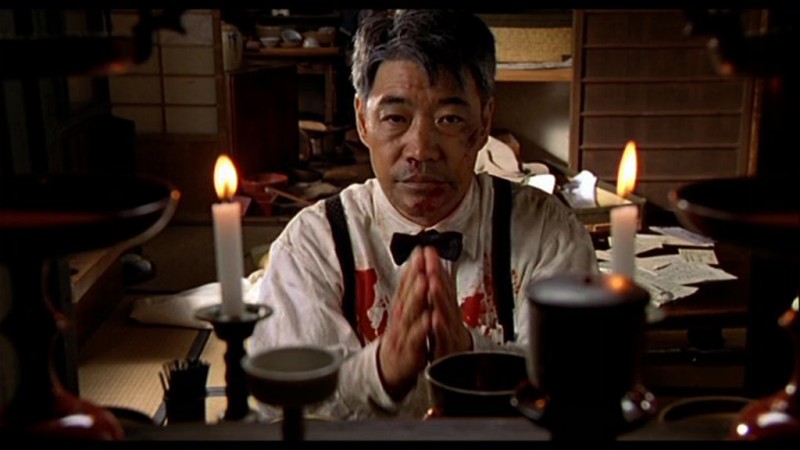 Written by Imamura and Daisuke Tengan 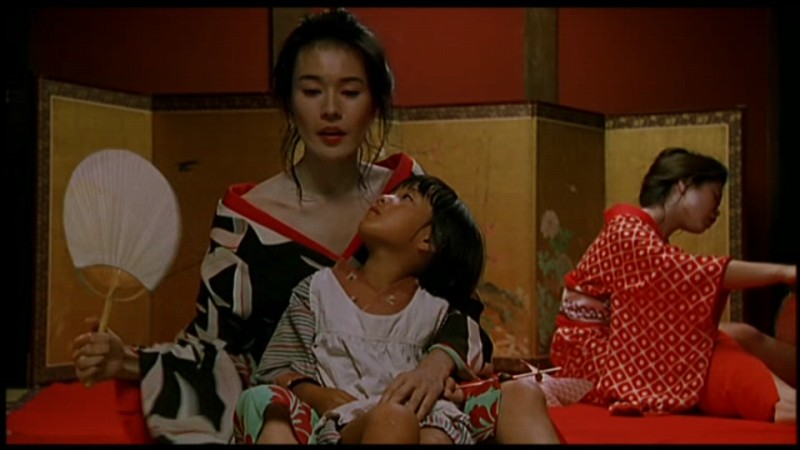 If you saw Abbas Kiarostami’s Taste of Cherry you may recall a joke told by the Turkish taxidermist:    When a man complains to a doctor that every part of his body hurts — “When I touch my chest, that hurts; when I touch my arm and my leg, my arm and my leg hurt” — the doctor suggests that what’s actually bothering him is an infected finger. Similarly, when we think about Japan we may be prone to confuse what we’re pointing at with the finger that’s doing the pointing — especially given how much of a role our   country played in the rebuilding of Japan after the war. (Perhaps significantly, scant attention is paid to Japanese movies about — and made during — the American occupation, such as Yasujiro Ozu’s devastating and uncharacteristic A Hen in the Wind and Kenji Mizoguchi’s Utamaro and His Five Women, a period film whose theme of artistic imprisonment is clearly addressed to his contemporaries.)

Even when it comes to Japan before the occupation, we may tend to overlook or misinterpret American influences, seeing them instead as Japanese traits.… Read more »

Myths of the New Narrative (and a Few Counter-Suggestions)

The following is taken from the online Moving Image Source, and the first introductiion is by David Schwartz. –J.R.

This essay was commissioned by the Museum of the Moving Image in 1988 for a catalogue accompanying the month-long, 150-film retrospective Independent America: New Film 1978-1988. The ambitious series, which took place during the Museum’s inaugural season, was an attempt to make a statement not just about the state of experimental filmmaking at the time but also about the Museum’s wide-ranging programming philosophy.

The underlying idea was to showcase films that were cinematically inventive, works that broke boundaries in form and content, subverted conventions, and created new hybrid forms. In this way, the series revealed the inadequacy of such confining labels as “avant-garde,” “fiction,” and “documentary,” and it also tried to reinvigorate the notion of what it means to be “independent.”

Before the commercial success of Sex, Lies, and Videotape and Pulp Fiction (and before the rise of home video), independent filmmakers made and showed their films in a world truly apart from Hollywood. To get their work seen, they would travel for months, with their 16mm film prints in tow, to colleges and media arts centers across the country.… Read more »