When I saw and marveled at Steven Knight’s Locke with Tom Hardy eight years ago, I assumed at the time that it was an unrepeatable tour de force. Writing about it in my DVD column for Cinema Scope (https://jonathanrosenbaum.net/2021/04/conspicuously-absent-or-apt-to-be-overlooked/), I described it as “84 minutes of a guy driving from Birmingham to London, or thereabouts, meanwhile talking to colleagues, family, and acquaintances on the phone,” which doesn’t begin to do the film justice but at least describes its narrative and dramatic form fairly simply.

I certainly couldn’t claim that Antoine Fuqua’s no less sedentaryThe Guilty, a Hollywood/Netflix thriller, is any sort of remake of Locke, an English art film. (For one thing, The Guilty is actually is a remake of a Danish movie with the same title that I haven’t seen, released only three years ago.) But the parallels between the two features still striking, interesting, and multiple. Apart from a couple of bathroom breaks, the hero/antihero here is again constantly on the phone, like the construction manager in Locke, the prisoner of the same supposedly real-time construction (more fiddled with in The Guilty) and apart from a few brief cameos from colleagues, this cop answering and relaying calls on a 911 detail is seen alone, similarly jabbering away with and to a multitude of characters whom we never see, meanwhile trying to bring order to the chaos and confusion he’s confronting at the same time that his own life appears to be falling apart.… Read more » 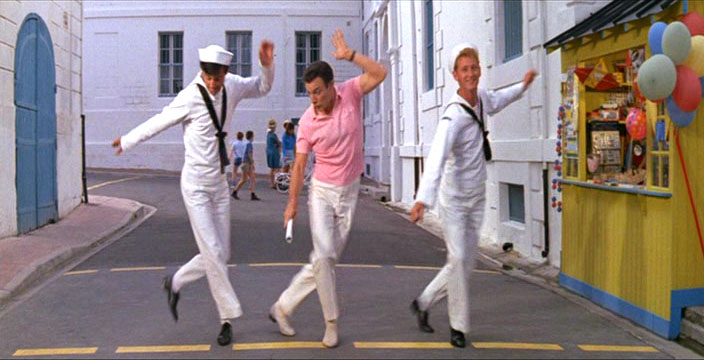 Response to a Survey by Neil McGlone

A shorter version of these responses appeared with the responses of several other film critics in the November 2013 issue of Verite Magazine, a digital monthly. — J.R.

Film Criticism “Then and Now”:

1.How has film criticism and the role of a film critic evolved since you first started?

One very striking change is the inordinate number of surveys of this kind that exist now as opposed to then. Even after I factor in the frequency with which I’m asked to participate nowadays, because of being better known today than I was in the 1970s, I think the interest in film criticism as a topic has grown quite a bit.

Thanks to academia, the Internet, and other factors, there are many more forms of criticism and outlets for its dissemination now. We also have more ways of discovering these forms and outlets in the present, at least if we’re interested. The conversations and exchanges begin more quickly and can travel much greater distances. There’s much more good stuff and much more bad stuff, which means the task of determining and then focusing on what one is looking for becomes much more complicated — unless one is passive and simply follows the industry’s discourse, which of course is what most people tend to do, one way or another, and what most people also tended to do half a century ago.… Read more »

Many Touches of Sin

Commissioned by Arrow Films for their dual format boxed set, Jia Zhangke: Three Films, released in the U.K. in early 2018, and reprinted in my collection  Cinematic Encounters: Portraits and Polemics (2019).  — J.R. 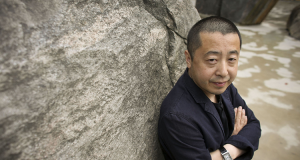 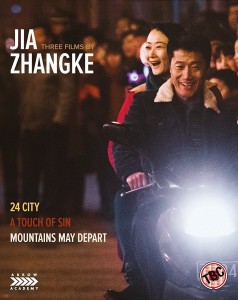 It’s important to acknowledge that part of what makes Jia Zhangke the most exciting and important mainland Chinese filmmaker currently active also makes him one of the most disconcerting and sometimes even bewildering. This has a lot to do with his propensity for viewing fiction and non-fiction, and, even more radically, fantasy and reality, as reverse sides of the same coin, and, in keeping with this complex duality, a talent for bold stylistic shifts not only between successive films but between and within separate sequences. His ambitions are such that even his ‘failures’ are worth more than the successes of many of his colleagues — and, for that matter, what we might describe as a Jia ‘failure’ often means simply a film that we should see again and reconsider.

Confounding us still further in A Touch of Sin (2013), his seventh feature, Jia reverses his previous position of avoiding on-screen violence by delivering it this time by the bucketful. In his earlier features, treatments of violence tended to be reticent or elliptical, so that government executions in Platform (2000) registered as distant gunshots and the tragic and fatal industrial accident of a construction worker in The World wasn’t shown at all.… Read more »