Oporto Of My Childhood 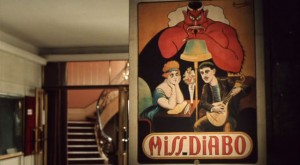 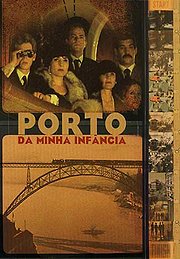 Manoel de Oliveira’s 2001 masterpiece explores the Portuguese city where he’s lived for more than 90 years, though it concentrates on the first 30 or so, suggesting that his childhood must have lasted a very long time. It’s a remarkable film for its effortless freedom and grace in passing between past and present, fiction and nonfiction, staged performance and archival footage (including clips from two of his earliest films, Hard Work on the River Douro and Aniki-Bobo) while integrating and sometimes even synthesizing these modes. He’s mainly interested in key images, music, and locations from the Eden of his privileged youth, and some of the film’s songs are performed by him or his wife — though we also get a fully orchestrated version of Emmanuel Nunes’s Nachtmusik 1. In Portuguese with subtitles. 61 min. (JR) 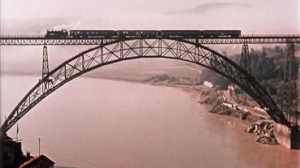 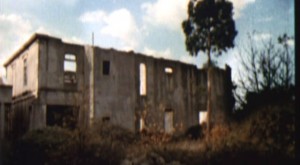 Film Writing on the Web: Some Personal Reflections

There’s a part of me that understands perfectly why a
minimalist like Jim Jarmusch and a 19th century figure like
Raul Ruiz won’t have anything to do with email. “You can’t
smell email,” Ruiz once said to me, to explain part of the
reason for his distaste. But I find it tougher to feel
nostalgic about film criticism before the Internet, because
even though you could smell it, the choices of what you
could lay your hands on outside a few well-stocked
university libraries were fairly limited. Similarly, the
choices of what films you could see outside a few cities
like New York and Paris before DVDs was pretty narrow, and
possibly even more haphazard than what you could read about
them.

These two developments shouldn’t be considered in
isolation from one another. The growth of film writing on
the web —- by which I mean stand-alone sites, print-magazine
sites, chatgroups, and blogs —- has proceeded in tandem with
other communal links involving film culture that to my mind
are far more important than the decline in the theatrical
distribution of art films and independent films, so I’ll be
periodically discussing those links here. Read more 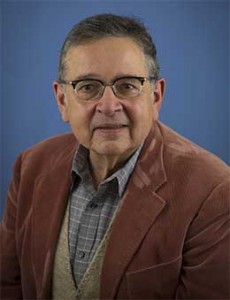 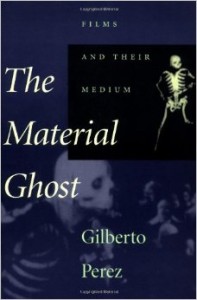 A slow and methodical writer, but also a prolific one, Gil wrote frequently about film for the The Hudson Review, The Yale Review, and the London Review of Books and less often for film and academic journals, and I was often envious of the way he was both welcome and able to hold his own as a public intellectual with a literary sensibility in those and similar venues, such as The Nation. Read more

The following letter was published in the May 2021 issue of Harper’s magazine. Violet Lucca, the Letters editor, invited me to respond to the March issue’s cover story, by Martin Scorsese, “on Fellini and the lost magic of movies”. — J.R.

The moment cinephilia links up with personal nostalgia, as it does in Martin Scorsese’s “Il Maestro,” intellectual distinctions become tenuous. He laments the devaluing of art as “content” by his dumb employers and people accessing cinema in their homes, yet he has no trouble admitting that he first saw La strada on TV with his parents. Moreover, he grew up with movies as an art form before having to wrestle with it as a business, whereas I grew up in a family of Alabama exhibitors and eventually underwent the reverse trajectory, discovering film art in New York around the same time he did.

Scorsese’s clearly a cinephile who has done extraordinary and generous work in making world cinema more widely available, but you’d never guess this from reading him on the subjects of Fellini and contemporary film culture. Here he seems to confuse personal choices and predilections with history, but my choices as a consumer aren’t his.

For me film culture remains as vital in some ways as it was in the 60s when Jonas Mekas could put out a magazine plausibly pretending to celebrate all of it. Read more