From the April 20, 2005 Chicago Reader. More recently, 16 years later, Erika Balsom, a Canadian film critic and teacher based in London, has just published a brilliant short book about this film, a sort of tour de force that I’ve liked enough to blurb. — J..R. 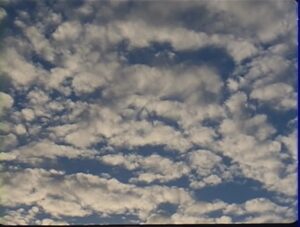 This 16-millimeter experimental feature (2004) by James Benning consists of ten upward views from a stationary camera, each ten minutes long and filmed with sync sound from his backyard in southern California. I expected something minimalist, but in fact this is remarkably full — a mesmerizing study in time, light, movement, and moisture that traces the shifting relations between clouds and earth, nature and people. Benning is so attentive that he teaches us how to look and listen, and once we adjust our plot-driven expectations, things that might have seemed static at first are revealed as constantly changing. If you’re expecting a test or an ordeal, you could be as surprised by this masterpiece, and as grateful for it, as I was. 101 min. Presented by Chicago Filmmakers. Sat 4/30, 8 PM, Cinema Borealis. 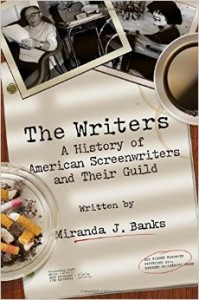 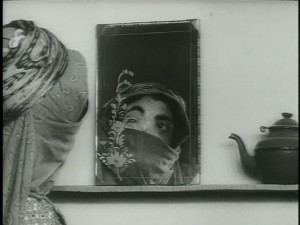 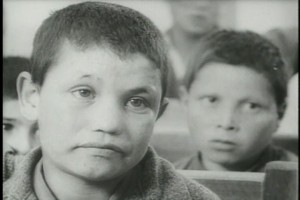 Farrokhzad avoids infringement by creating a close relationship with the lepers, and by searching for the seeds of joy and vitality within the hopelessness. She depicts the inhabitants in their daily occupations, having meals, praying, the children playing ball and attending school.… Read more »