God as a Litigant 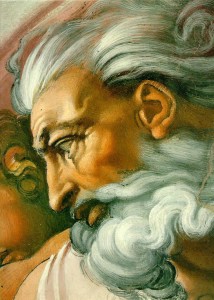 From the Omaha World-Herald:

You can’t sue God if you can’t serve the papers on him, a Douglas County District Court judge has ruled in Omaha.

Judge Marlon Polk threw out Nebraska Sen. Ernie Chambers’ lawsuit against the Almighty, saying there was no evidence that the defendant had been served. What’s more, Polk found “there can never be service effectuated on the named defendant.”

Chambers had sued God in September 2007, seeking a permanent injunction to prevent God from committing acts of violence such as earthquakes and tornadoes.

The senator said today that he is considering an appeal of Polk’s ruling.

“It is a thoughtful, well-written opinion,” Chambers said. “However, like any prudent litigator, I want to study it in detail before I determine what my next course of action will be.”

Polk dismissed the lawsuit with prejudice, which means it can’t be refiled. But his ruling can be appealed.

Although the case may seem superfluous and even scandalous to others, Chambers has said his point is to focus on the question of whether certain lawsuits should be prohibited.

“Nobody should stand at the courthouse door to predetermine who has access to the courts,” he said. Read more 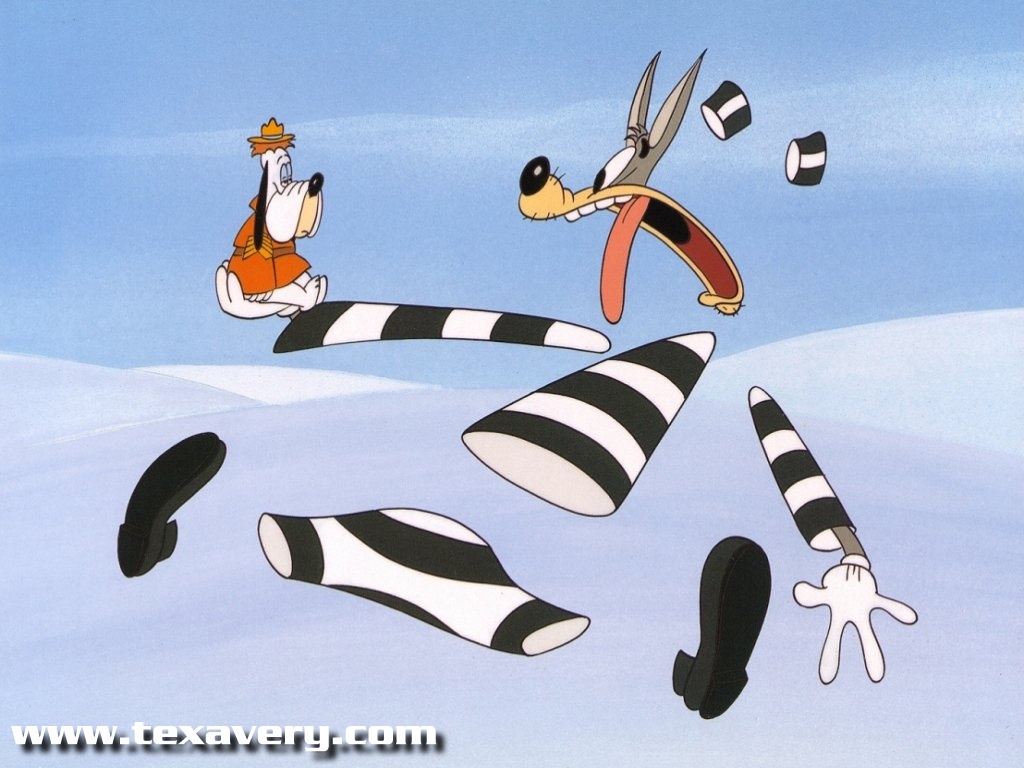 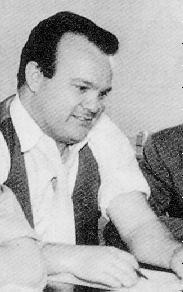 I love the last line in Dr. Place-Verghnes’ Acknowledgments -– a tactful understatement which demonstrates both that she wears her academic armor lightly and that she’s temperamentally suited to dealing with someone like Avery: “I reserve a particular sentiment for Warner Brothers Inc., without whom and their point-blank refusal to grant copyright authorisation, this volume would have contained multiple images from Tex Avery and others’ cartoons in support of the textual content.” (Actually, she does cheat a tad by reproducing or at least imitating a classic Avery image on the book’s cover–two giant bulging eyeballs as they appear in one of the Wolf cartoons.) 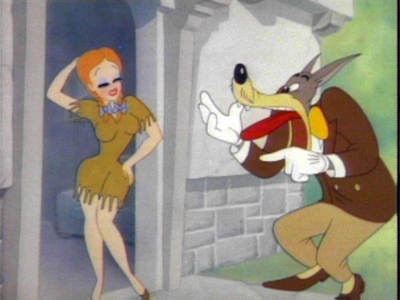 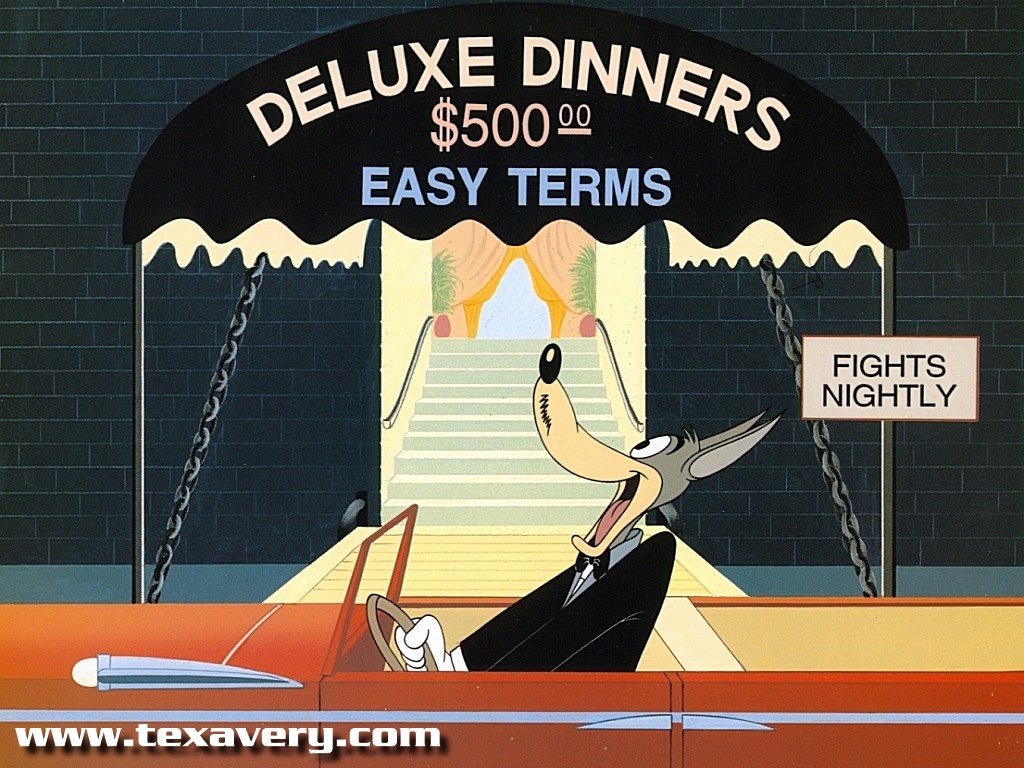 It’s too bad she didn’t publish this book online–in which case I presume she would have had as little difficulty in illustrating the graphic brilliance of Avery as I’m having here by scavenging diverse items from the Internet. For starters, here are three more characteristic samples: 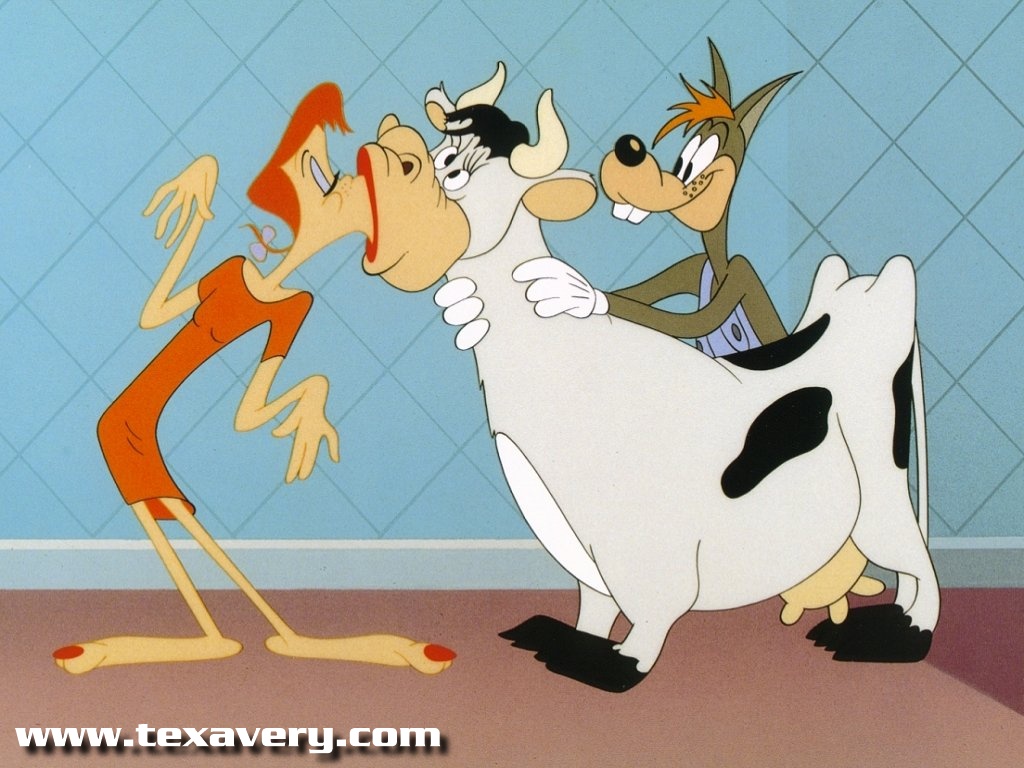 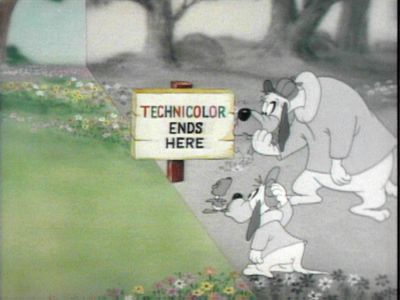 One of the more interesting challenges in viewing Avery’s vintage MGM work is learning how to process various aspects of their racism and sexism without overlooking their good-humored humanity or drowning in political correctness. Read more

From Cinema Scope #14 (Spring 2003). It’s interesting to note that many of the releases that I discuss here are still available, if not always readily available. All of my recent columns, by the way, starting with issue #40, can be found on Cinema Scope‘s web site. — J.R.

A FEW PRELIMINARIES. The word is still getting out about the riches that are currently available to cinéphiles owning DVD players that play discs from all the territories —- players that are by now readily available at affordable prices to anyone with enough initiative to go looking on the Internet. But it might be added that the number of previously scarce films that can now be purchased in North American Territory is already quite substantial.

Combine these two opportunities and you have the pretext for a new column, which will be devoted not to DVD players (that’s your problem) but to DVDs that are currently available. This will follow the capitalistically incorrect premise that once you move beyond your own designated territory, the world becomes your oyster and a different sort of place from the one that assumes that you’re necessarily trapped as a consumer by the choices offered within your own national borders. Read more

A Dialogue about Death by Milan Kundera 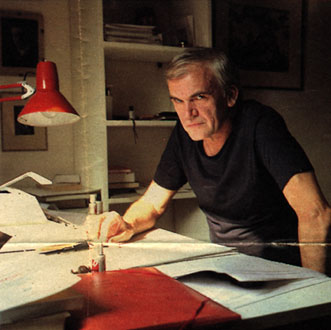 “I must admit,” the Bear said in an icy voice, “that I have indeed always considered death a  tragedy.”

“And you were wrong,” said Paul. “A railway accident is horrible for somebody who was on the train or who had a son there. But in news reports death means exactly the same thing as in the novels of Agatha Christie, who incidentally was the greatest magician of all time, because she knew how to turn murder into amusement, and not just one murder but dozens of murders, hundreds of murders, an assembly line of murders performed for our pleasure in the extermination camp of her novels. Auschwitz is forgotten, but from the crematorium of Agatha’s novels the smoke is forever rising into the sky, and only a very naive person could maintain that it is the smoke of tragedy.”